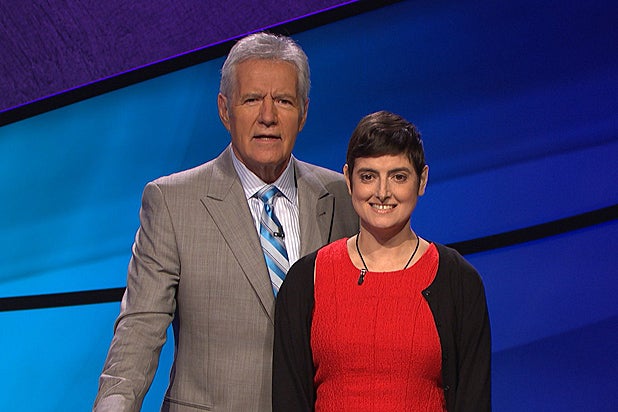 A “Jeopardy!” contestant who died from cancer on Monday will make the show’s first posthumous appearance on the Dec. 13 episode.

Cindy Stowell, a science-content developer from Austin, Texas, lost her battle with cancer at age 41, but not before she achieved her dream of competing on “Jeopardy!” the New York Post reported.

She filmed her episode in August, although only host Alex Trebek and a few staffers knew of her diagnosis at the time. Stowell was allowed to tape her appearance just three weeks after auditioning because she told a producer she only had six months to live.

“When Cindy Stowell taped her appearance on ‘Jeopardy!’ she had Stage IV cancer. Competing on ‘Jeopardy!’ was a lifelong dream for Cindy, and we’re glad she was able to do so,” Trebek said in a statement provided to the Post. “Sadly, Cindy died on Dec. 5. All of us at ‘Jeopardy!’ offer our condolences and best wishes to her family and friends.”

Stowell’s death was announced by her boyfriend, Jason Hess, who wrote on Twitter: “She was fighting a high-grade fever (which turned out to be a blood infection) and was on painkillers while taping.”

@habcous Oh no. She taped the same day as me, she was an awesome person and brought a great cheering squad. Everyone should watch Tuesday.

“Cindy came on ‘Jeopardy!’ to play she loved and in doing so, she was able to make a contribution to cancer research in the hopes that no one else would have to go through what she did,” Hess and Stowell’s parents, Greg and Carole, said in a joint statement.

The Stowell family has asked that people make a donation to the Cancer Research Institute in Cindy’s name.