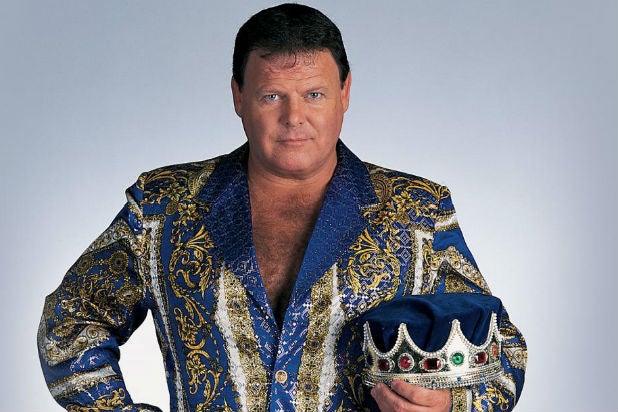 Jerry Lawler, known to WWE fans as “The King,” was arrested in Tennessee on Friday following an incident with his girlfriend, TheWrap has learned.

Lawler and his girlriend, Lauryn McBride, were both taken into custody on charges of domestic assault — a misdemeanor — with each claiming the other had assaulted them.

WWE came down swiftly on Lawler and suspended him indefinitely while an investigation is underway, according to their official website.

“WWE has zero tolerance for matters involving domestic violence, and per our policy, Jerry Lawler has been suspended indefinitely following his arrest,” the company said in a statement.

Lawler has been with WWE since 1992, both as a color commentator and occasional wrestler. Prior to that, he established himself as a major draw in Memphis, where he was dubbed “The King of Wrestling.” He was inducted into the WWE Hall of Fame in 2007.

While Lawler is known to abstain from drinking and drugs, unlike many other wrestlers of his era, he has had run ins with the law in the past. In 1993, Lawler was arrested for statutory rape, but the charges were later dropped. He also allegedly tore up a ticket given to him by a Tennessee police officer and threw it back in the officer’s face in 1999.