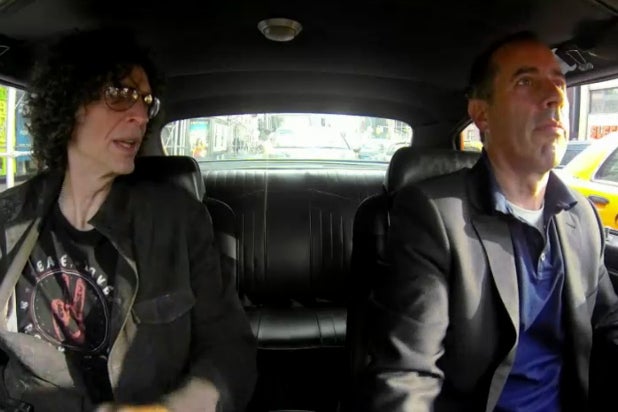 Jerry Seinfeld’s “Comedians in Cars Getting Coffee” just got four additional seasons ordered — a total of 24 new episodes. The new deal is for Season 6, 7, 8 and 9 of the series, which will begin following the previously announced fourth and fifth seasons of the show.

See photos: 18 Comedians Who Died Too Soon – From John Pinette to Gilda Radner

Seasons 4 and 5 are set to launch early this summer and fall, respectively. The show streams on Crackle and on comediansincarsgettingcoffee.com.

Previous episodes of “Comedians in Cars Getting Coffee” have featured Seinfeld’s conversations with a variety of comedy legends including Mel Brooks, Louis C.K., Larry David, Tina Fey and Ricky Gervais, among others.

Since its debut in July 2012, “Comedians” has delivered more than 40 million streams and earned Seinfeld a Primetime Emmy nomination in the Outstanding Special Class — Short-Format Nonfiction Programs category.

Seinfeld is the executive producer of “Comedians in Cars Getting Coffee,” which is produced by Sony Pictures Television’s Embassy Row. Creative Artists Agency (CAA) reps Seinfeld and brokered the deal with sponsor Acura.