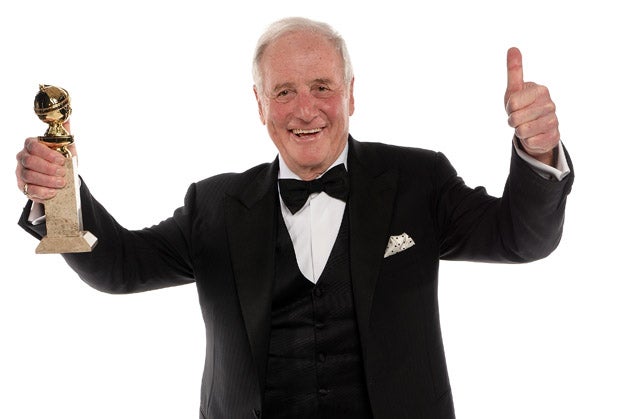 Even if you discount the movies he made and the artists he managed and the tours he promoted and all the rest, you have to give Jerry Weintraub this: He looked, talked and acted just like a Hollywood mogul was supposed to look, talk and act.

Weintraub, who died at the age of 77 on Monday, played that part on screen a few times, both in the “Ocean’s Eleven” movies he produced and in “National Lampoon’s Vegas Vacation,” where he played the fast-talking, high-rolling, smooth-operating “Jilly From Philly” with such ease that you figured he was really just playing Jerry Weintraub.

But there was more to Weintraub than the the glibness, the bling, the motor mouth that caused him to title his 2010 autobiography “When I Stop Talking, You’ll Know I’m Dead: Useful Stories From a Persuasive Man.”

Sure, he produced slickly entertaining films like “Oh, God!” and “The Karate Kid” — but the first movie he produced was Robert Altman‘s messy, brilliant “Nashville,” and he also went on to give untested first-time director Barry Levinson a shot on a Baltimore-set film called “Diner,” which could have been a talky disaster if it hadn’t turned out to be a classic.

In the music business, he managed and promoted thoroughly mainstream singers like John Denver and Neil Diamond and Elvis Presley and Frank Sinatra, acts who were right at home in Vegas.

But he also worked with Bob Dylan and Led Zeppelin and artists as offbeat as Zager & Evans, whose sole hit was the preposterous sci-fi epic “In the Year 2525.” (Don’t remember them? Well, no doubt Jerry could have told you stories.)

The stories were always part of what made Jerry Jerry. So was the tan, the cream-colored Rolls Royce in the driveway, the attitude of a born wheeler-dealer, the storybook rise from the mailroom to the executive suite, the history of big hits and big flops, financial windfalls and sizable setbacks.

The result was sometimes schlocky, sometimes grandly entertaining, sometimes daring and adventurous — it was up and down and all over the map, a trip through the entertainment industry courtesy of a man who embraced it all.

It might be inaccurate to call him the last of the breed as long as Robert Evans is still alive and kicking (though Evans is a very different kind of quintessentially Hollywood producer), but how many Hollywood producers today could have come straight out of central casting?

That was Jerry Weintraub: If he made a movie and it included a role for a big wheeler-dealer, he didn’t have to look outside his own office to find the perfect guy for the part.