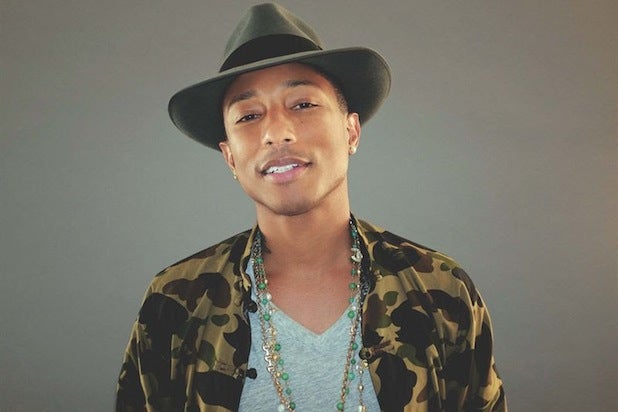 Singer and producer Pharrell Williams will be the next coach on NBC’s “The Voice.”

Although the competition hasn’t officially named Season 7’s coaches, it can be assumed that Williams will replace CeeLo Green on Season 7 of the show’s fall cycle.

“It’s been a huge year for Pharrell, with recognition for his contribution in the world of music — the ‘Despicable Me’ franchise soundtracks, his Oscar-nominated song ‘Happy’ and his Grammy-winning collaboration with Daft Punk on the breakout dance hit ‘Get Lucky.’ His dominance in record sales in 2014, coupled with his incomparable accomplishments in the world of fashion and design, make him an irresistible addition to ‘The Voice’ family,” said NBC’s alternative and late night programming president Paul Telegdy in a statement.

The executive continued, “He has already made a considerable impact as a mentor, drawing on an impressive track record as both a producer and performer. It is a perfect fit for ‘The Voice’ as we evolve and reach for new heights with this franchise. It feels like we are welcoming an existing family member home.”

Pharrell previously served as an adviser to Team Usher on Season 4. Last May, he performed the hit single “Blurred Lines” with Robin Thicke on the competition.

“I am thrilled to have Pharrell come back to ‘The Voice’ family, and this time … as a coach,” said executive producer Mark Burnett. “Continuing in ‘The Voice’ tradition of having the biggest and most current music stars as coaches, Pharrell fits perfectly.”

Pharrell’s most recent album, “Girl,” hit No. 1 on iTunes in the U.S. and in more than 65 countries. His single for “Despicable Me 2,” “Happy,” charted internationally with almost 5 million downloads. In total, he wrote five songs on the sequel’s soundtrack.

Pharrell is also the lead vocalist and drummer for the band N.E.R.D. and is a partner in the record production duo the Neptunes.

Green announced his exit from the series on “The Ellen DeGeneres Show” in February. Although Green was on a scheduled hiatus from the series for a season, he said that he won’t return. Insiders told TheWrap at the time that he had several problems during Season 5 on-set and quit the show ahead of possibly being fired by NBC and Mark Burnett Productions.

It remains to be seen if Christina Aguilera will resume her coaches’ seat on Season 7 alongside Williams, Adam Levine and Blake Shelton.

Usher and Shakira have alternated seasons with Aguilera and Green since Season 4.