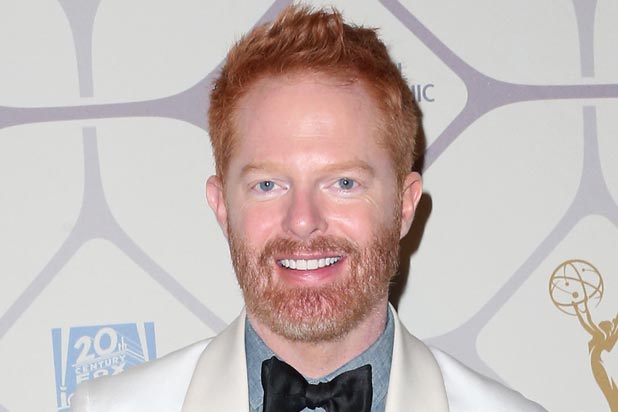 Jesse Tyler Ferguson, the five-time Emmy-nominated star of “Modern Family,” will return to Broadway this spring in a revival of the one-person comedy “Fully Committed.”

Ferguson, who last appeared on Broadway in 2005’s Tony-winning musical “The 25th Annual Putnam County Spelling Bee,” will play more than 40 characters in Becky Mode’s play — which centers on a guy working the reservation line at one of New York’s trendiest restaurants.

The revival will begin performances on April 2, 2016 at the Lyceum Theatre in advance of an official opening on April 25, 2016. The limited engagement will run through July 24, 2016.

Jason Moore, a Tony nominee for “Avenue Q” whose credits also include the movies “Pitch Perfect” and the upcoming “Sisters” with Tina Fey and Amy Poehler, will direct. Barbara Whitman and Patrick Catullo will produce.

For this new production, Mode is updating her 1999 play to reflect today’s foodie and restaurant culture.

The show is based on characters created by Mode and Mark Setlock from their experience working in high‐end restaurants, where scheming socialites, name‐dropping wannabes, fickle celebrities and egomaniacal bosses all vie for a coveted prime reservation.

“I’m beyond thrilled to be making my return to Broadway in a piece I love so much,” Ferguson said in a statement. “Becky Mode’s hilarious play ‘Fully Committed’ perfectly captures a genius story at the intersection of food, entertainment and pop culture.”

“Fully Committed” was originally commissioned and developed by David Stone, and then produced at the Vineyard Theater in a production directed by Nicholas Martin. After opening to rave reviews and quickly selling out its initial engagement, the production transferred to the Cherry Lane Theatre, running for nearly 700 performances in New York.