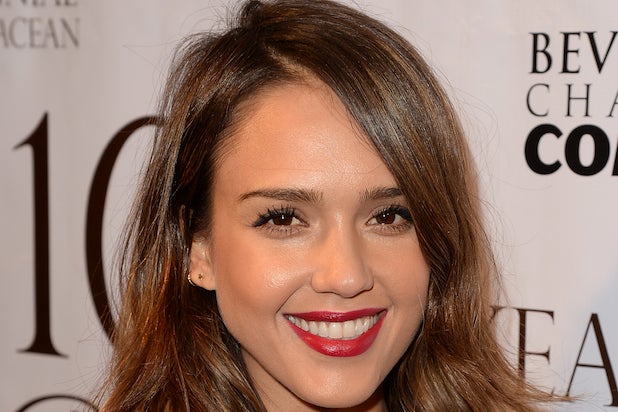 Jessica Alba and Thomas Jane are in negotiations to star in Blumhouse’s latest microbudget horror movie “The Veil,” an individual familiar with the project has told TheWrap.

Phil Joanou is directing from a script by Robert Ben Garant, who previously wrote “Jessabelle” for Blumhouse. Universal Pictures will distribute “The Veil” under its first-look deal with Blumhouse.

Story follows a religious cult known as Heaven’s Veil whose members take their own lives. The truth behind the incident is buried deep within the memory of the sole survivor, a young girl who as an adult returns to the compound with a documentary crew.

Alba will play the documentary filmmaker, while Jane’s role has yet to be revealed. Jason Blum (“Paranormal Activity”) is producing the movie with Garant, and production is scheduled to start in April.

Blum has “The Purge 2: Anarchy” due this summer as well as “Oculus,” “Stretch,” “Jessabelle,” Visions,” “Not Safe for Work” and “The Boy Next Door” on the horizon. He’s also a producer on Universal’s “Ouija.”

Alba, who recently worked with Blum on Joe Carnahan’s “Stretch,” next stars in Robert Rodriguez‘s sequel “Sin City: A Dame to Kill For.” She recently wrapped Kyle Newman’s action-thriller “Barely Lethal.” Alba is repped by CAA and 3 Arts Entertainment.

Jane will soon be seen alongside John Cusack in the action movie “Drive Hard.” He previously worked with Joanou in the popular short film “The Punisher: Dirty Laundry.”