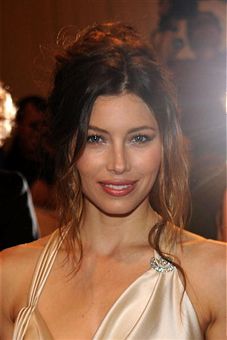 It looks like Jessica Biel’s agent at CAA has taken my advice from last week.

The "7th Heaven" beauty and star of the upcoming period biopic "Vivaldi" has signed up to be terrorized by "Martyrs" director Pascal Laugier in "The Tall Man," reports Screen Daily.

Having nothing to do with the notorious villain of the "Phantasm" series, the suspenseful, twist-filled thriller stars Biel as a woman desperate to find the mysterious title character who has kidnapped her child.

French filmmaker Laugier, who will make his English-language debut with the film — which he also wrote — compared the strong-woman-in-jeopardy story to "Panic Room" without the claustrophobic indoor setting.

This is exactly the sort of project Biel should be involved in. It sounds like "Taken" with less fight choreography and more elements of the thriller genre. Laugier’s "Martyrs" is one of the most brutal films I’ve ever seen, but one that deserves respect for the darkly brilliant idea that motivates the disturbing action. Biel will likely have to throw herself into the role and really trust Laugier for "Tall Man" to register on a similar level.

France’s SND will finance the $15 million film and handle international sales, as well as distribution in France. SND’s Lionel Uzan describes the project as being in the vein of M. Night Shyamalan’s early films, and by that, I’m guessing he’s not referring to "Praying with Anger" or "Wide Awake."

Laugier previously directed Virginie Ledoyen ("The Beach") in "Saint Ange" and was at one point attached to direct a proposed remake of "Hellraiser."

Production on "The Tall Man" is set to begin in September in Vancouver.