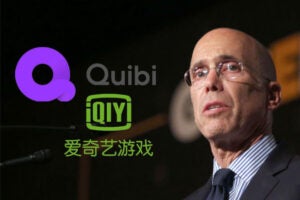 Toby Emmerich will now have oversight of HBO Max original films as part of a reorganization at Warner Media.

The goal for WarnerMedia will be to combine HBO Max with Warner Bros. Pictures group and break down silos between the company’s divisions.

Moving forward, Emmerich will have oversight over all motion picture output for WarnerMedia, be it streaming or theatrical. And all development and production of original feature films for HBO Max will be consolidated under Emmerich and the Warner Bros. Pictures Group, working in conjunction with Casey Bloys on overall platform goals.

Oversight of original feature films for HBO Max was previously shared by the leadership at WarnerMedia Entertainment and the WB Pictures Group.

Emmerich’s development and production team is led by Courtenay Valenti (Warner Bros. Pictures), Richard Brener (New Line Cinema) and Walter Hamada (DC-based films), and they will continue to develop and produce titles that will be distributed theatrically for the Pictures Group, as well as for direct to streaming on HBO Max.

Currently in production for HBO Max is Steven Soderbergh’s “No Sudden Move,” and the studio just recently dropped Robert Zemeckis’ “The Witches” with Anne Hathaway.

‘Stranger Things': Charlie Heaton Says Season 4 Will ‘Get Into the Mythology’ of the Upside Down (Video)