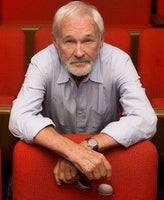 Norman Jewison will receive the Lifetime Achievement Award for Distinguished Achievement in Motion Picture Direction, the top honor bestowed by the Directors Guild of America, at the 62nd annual DGA Awards on Jan. 30.

“We are truly honored to present the Lifetime Achievement Award for feature film to Norman Jewison, a legend in this industry. He is an incredible filmmaker whose calm, affable manner belies a ferocious creative fire within,” said DGA president Taylor Hackford.

“There are very few filmmakers whose body of work moves so fluidly between romantic comedy and political thriller, musical and satire, with an ease and an eloquence that few could hope to match. Norman well deserves to stand among the giants of cinema whom we have honored in the past,” Hackford added.

Jewison has been nominated for three DGA Awards and four Oscars; his films have received 12 Academy Awards. In 1999, Jewison received the prestigious Irving Thalberg Award at the Academy Awards.

In addition to directing, Jewison and his Yorktown Productions have produced many projects, including Hal Ashby’s first film, "The Landlord."

The Toronto-born director is an active supporter of the Canadian film industry, founding the Canadian Film Centre in 1986 to give Canadian filmmakers the opportunity to hone their skills. In 1992 he was made a Companion to the Order of Canada, the country’s highest civilian honor.

The 62nd annual DGA Awards will be held Jan. 30 at the Hyatt Regency Century Plaza Hotel in Los Angeles.