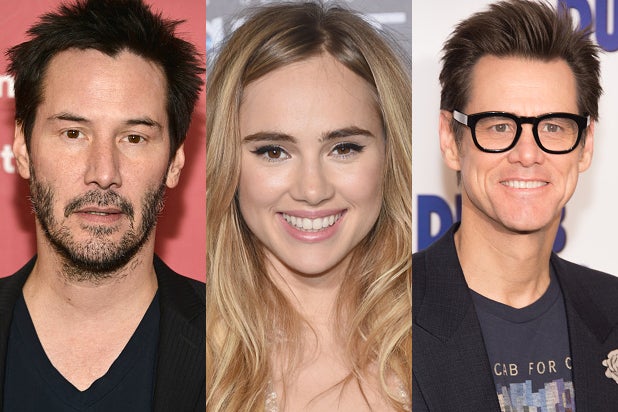 Megan Ellison‘s Annapurna Pictures has partnered with VICE on the dystopian picture, which Annapurna International plans to sell at the Cannes Film Festival.

A post-apocalyptic tale set in a Texas wasteland where a community of cannibals reside, “The Bad Batch” is described as a love story about a cannibal known as Miami Man (Momoa) and his food.

Also Read: Jim Carrey Snorted Mustard, Inhaled Chunk of Hot Dog Into His Lungs for 'Dumb and Dumber To' (Video)

Carrey’s role is expected to be yet another departure for the versatile actor, who once won back-to-back Golden Globes for best actor in a drama (“The Truman Show”) and a comedy/musical (“Man on the Moon”).

Annapurna’s Megan Ellison will produce alongside VICE’s Danny Gabai and Sina Sayyah. Annapurna’s Sammy Scher will be the executive overseeing the day-to-day development and production of the project while VICE’s Shane Smith and Eddy Moretti will executive produce.

“The Bad Batch” marks the first time Vice will be a producing partner alongside Annapurna, after first working on marketing for several of the company’s releases, including “Spring Breakers,” “The Grandmaster” and “Her.”

Carrey, who is coming off the hit sequel “Dumb and Dumber To,” is represented by WME, LBI Entertainment and attorney Deborah Klein.