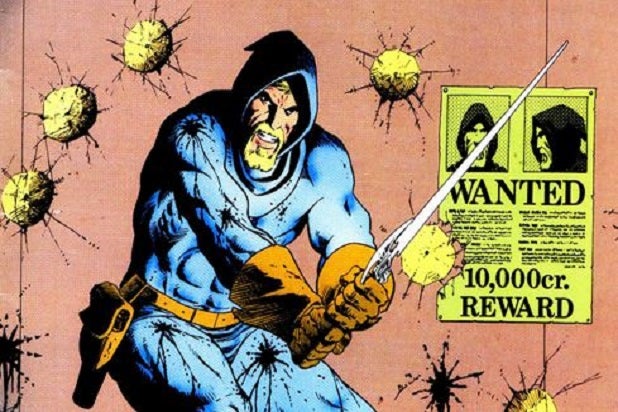 Add another comic book-inspired television project to the ever-growing list.

Universal Cable Productions and management/production company Benderspink (“We’re the Millers,” “Ride Along”) are teaming up to bring comic book legend Jim Starlin’s “Dreadstar” to the small screen as a television series.

Starlin (whose credits also include “Guardians of the Galaxy” and “Captain Marvel”) will write and executive produce the scripted project, which will also be produced by Ford Gilmore.

The show, based on the character from Marvel’s Epic Comics imprint, tells the tale of Vanth Dreadstar, sole survivor of the entire Milky Way galaxy, and an ensemble cast of crewmates, including cyborg sorcerer Syzygy Darklock. The story explores their struggle to end an ancient war between two powerful, evil empires: The Church of The Instrumentality, run by the Lord Papal; and the Monarchy, administered by King Gregzor.

“I consider ‘Dreadstar’ to be an extension of my family, so it took me a while to feel comfortable letting anyone else take care of this project,” Starlin said. “It has taken some time, but I know I’ve put my trust in the right team and I’m excited to collaborate with Universal Cable Productions and Benderspink to bring ‘Dreadstar’s’ unique brand of chaos to television.”