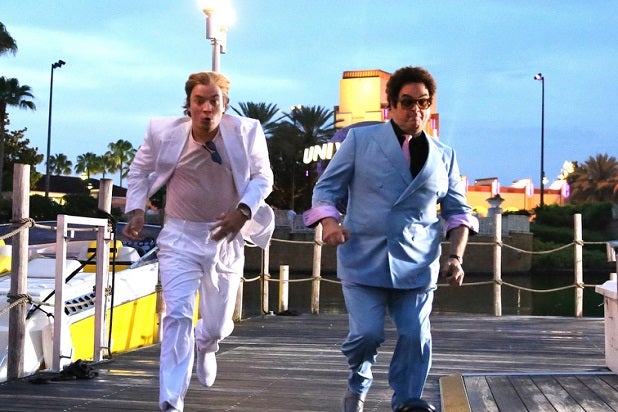 “The Tonight Show Starring Jimmy Fallon” is taping four shows in Orlando starting Monday, and apparently while they were in the general vicinity of Miami they figured they would channel Don Johnson and Philip Michael Thomas (Crockett and Tubbs).

Clearly, these two belong to the city. Even if they’re a little bit confused about which city they’re in.