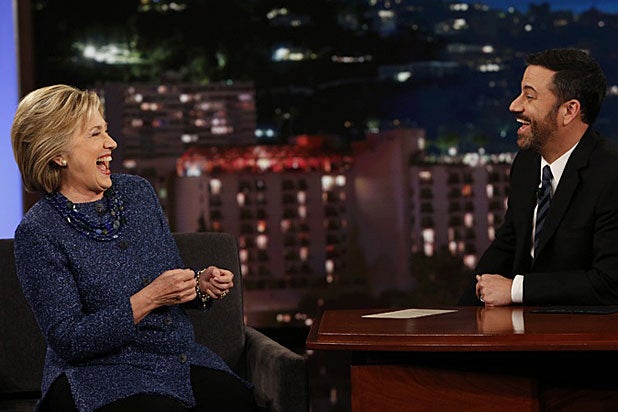 Jimmy Kimmel has beaten Stephen Colbert in the weekly ratings since Colbert took over “The Late Show” on Sept. 8.

According to numbers released Thursday by Nielsen, Kimmel averaged 2.6 million viewers for the week of Nov. 2, compared to Colbert’s 2.5 million.

Kimmel also edged out his CBS competition in the advertiser coveted adults 18-49 demographic. Kimmel averaged a 0.6 rating with 765,00 viewers in the key demo, with Colbert netting a 0.57 rating and 728,000 viewers.

It is important to note, too, that Tuesday’s episode of “Jimmy Kimmel Live” was excluded due to election night coverage. In addition, Friday’s “Kimmel,” was an encore. Thursday’s “Late Show” was also delayed by an NFL overrun.