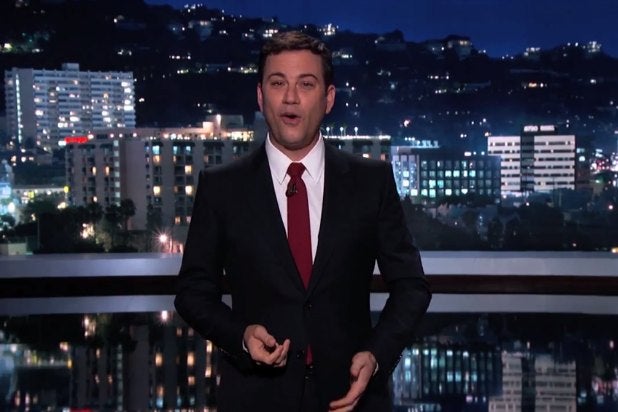 Jimmy Kimmel will not air a new episode of “Jimmy Kimmel Live” on May 20 in a respectful effort to make sure as many late-night viewing eyes as possible are on David Letterman during his farewell episode of “The Late Show.”

“I have too much respect for Dave to do anything that would distract viewers from watching his final show,” Kimmel said in an email to the New York Times. “Plus, I’ll probably be crying all day, which makes it hard to work.”

ABC confirmed that all other episodes of Kimmel’s show that week will be new.

Meanwhile, “The Tonight Show Starring Jimmy Fallon” on NBC and “Conan” on TBS will be new on May 20 reps for both shows have said, while both “The Daily Show” and “The Nightly Show with Larry Wilmore” will be in repeats for that entire week.

Letterman is leaving “The Late Show” after 33 years and over 6,000 episodes. President Obama and first lady Michelle have already stopped by the CBS set to say their farewells.

Letterman is still set to interview George Clooney, Oprah Winfrey, Tom Hanks, and Bill Clinton before he signs off the airwaves.  Stephen Colbert will take over hosting duties in September.