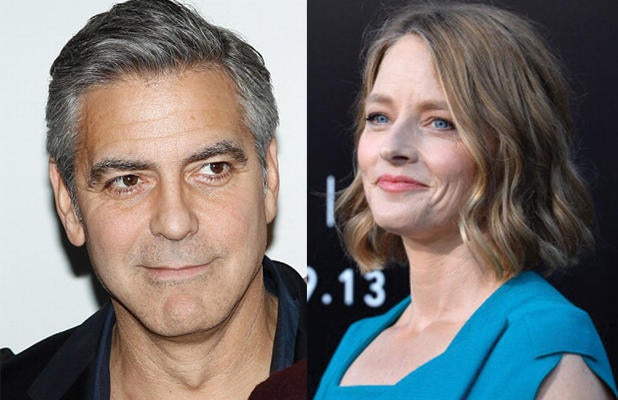 Tom Rothman’s TriStar Pictures is nearing a deal to acquire Jodie Foster‘s financial drama “Money Monster,” which will star George Clooney as a Jim Cramer-esque TV personality who is taken hostage live on the air, TheWrap has learned.

TriStar beat out Focus Features for the film with its generous offer to finance “Money Monster” for $30 million. Open Road was also in the mix for the hot title.

As TheWrap first reported, much to his publicist’s chagrin (don’t worry, we still love you Stan!), Clooney will star as a TV personality whose insider trading tips have made him the money guru of Wall Street. When a viewer who lost all of his family’s money on a bad tip from the money expert decides to hold him hostage on air, ratings soar as the entire country tunes in to this media frenzy.

Written by Alan DiFiore and Jim Kouf as well as Jamie Linden, the project reunites Clooney with Daniel Dubiecki (“Up in the Air”), who’s producing via The Allegiance Theater along with Lara Alameddine, Clooney and his Smokehouse partner Grant Heslov. Allegiance’s Tim Crane will executive produce with Stuart Ford of IM Global, the company that originally developed the project.

Production will begin next spring, as Clooney will shoot the Coen brothers’ “Hail, Caesar!” first.

From “The Wolf of Wall Street” to “Margin Call,” financial dramas have struck a chord lately with both audiences and critics. Stars have also been flocking to timely projects that examine the fragile state of America’s economy, from Matt Damon in “Promised Land” to Andrew Garfield in the upcoming indie “99 Homes.”

TriStar has Robert Zemeckis‘ “The Walk” starring Joseph Gordon-Levitt on the horizon, as well as Jonathan Demme’s “Ricki and the Flash,” which will star Meryl Streep and Kevin Kline. The company is also developing an untitled comedy with “Bridesmaids” writers Kristen Wiig and Annie Mumolo.