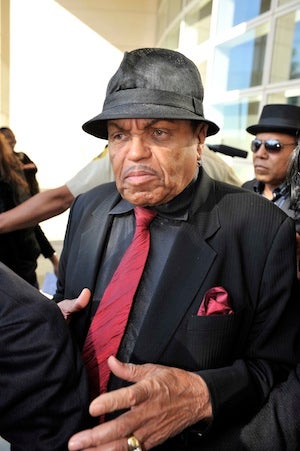 A judge on Thursday said he needs more time to decide whether Joe Jackson can get his hands on Michael Jackson’s medical records, which the singer’s father is seeking to pursue a pair of lawsuits.

Los Angeles Superior Court Judge Mitchell Beckloff, citing the upcoming court holiday, said he wanted to "give it some thought" and will issue his ruling next Tuesday.

Brian Oxman, Joe Jackson’s attorney, is seeking the records for what he called a "relevant inquiry" into the singer’s death, including separate invasion-of-privacy and wrongful-death lawsuits.

He also wants them to help obtain a monthly stipend for the Jackson family patriarch of $20,000.

Howard Weitzman, attorney for the Jackson estate, argued that the request was irrelevant to Joe Jackson’s lawsuit against a news organization for publishing death photos immediately after the singer died June 25.

Beckloff suggested the possibility of UCLA medical records being brought to the court for Oxman, his experts and other legal representatives to read, an idea Oxman told TheWrap would be "sufficient."

The estate, which has also cited physician/patient privilege, has filed to quash the release of Jackson’s medical records, and has resisted paying Joe Jackson a monthly stipend, saying was never legally dependent on Michael Jackson.

They also argue that since Michael Jackson left his father out of his will, it’s clear that he did not want to support him.

Oxman rejected that notion, saying: "Michael Jackson paid my bills to represent his father" while he was still alive, adding that the singer "paid housing bills, medical bills and other expenses."