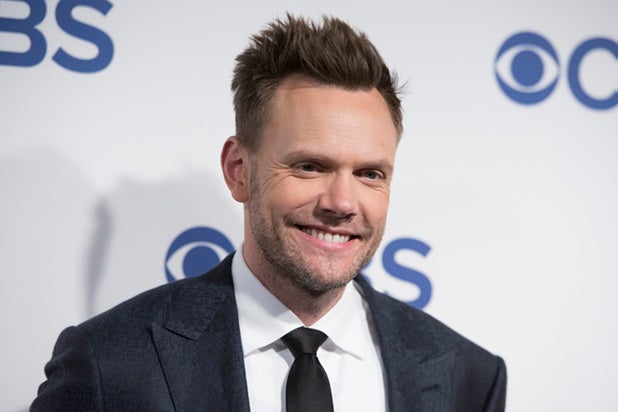 Joel McHale is here to give you more Joel McHale with a little help from Netflix.

The former “Community” star announced on Friday his new Lionsgate-produced unscripted series, “The Joel McHale Show With Joel McHale,” will hit the streaming service on Feb. 18. McHale will executive produce the series with “Bridesmaids” and “Ghostbusters” director Paul Feig. The first season will consist of 13 half-hour episodes to be rolled out weekly.

Of course the comedian — who will, obviously, act as host — had to reveal the new series in the most “Joel McHale” way possible.

The actor tweeted a video of him giving a “first look” at the set. In the clip, McHale pulls back a green screen to reveal — another green screen. He then chews out Netflix for “spending all that money on orcs,” a thinly-veiled reference to their widely-panned, extremely successful new movie “Bright” (which premiered at the end of December and has already been granted a sequel.)

“The Joel McHale Show With Joel McHale” takes a sharp, absurdist look at pop culture and news from across the globe, according to the series’ official description. The show is a fast and funny distillation of everything people are talking about that week, which will feature celebrity guests, comedy sketches, and video clips from the worldwide realms of TV, sports, politics, celebrity culture, and every corner of the internet.

The first episode of “The Joel McHale Show with Joel McHale” will drop on Feb. 18 on Netflix.

Watch the teaser McHale tweeted below.

Hey @Netflix: I think you misunderstood when I demanded “a lot of green” for my new show. #JoelMcHaleShow pic.twitter.com/SICdubeL1m