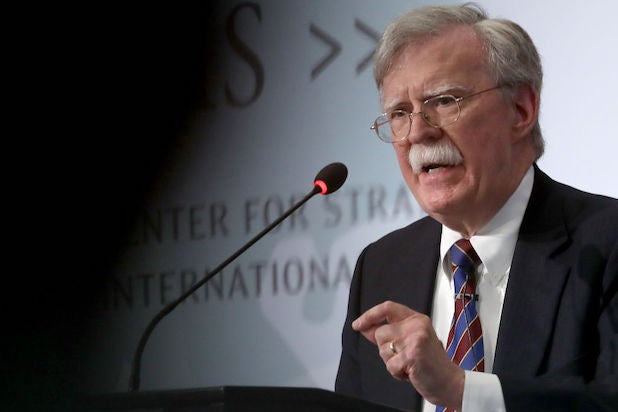 John Bolton’s upcoming “tell-all”-style book, “The Room Where It Happened,” can still be published, a federal judge ruled on Saturday, but the former national security adviser was rebuked for having “gambled” with the security of the country.

“In taking it upon himself to publish his book without securing final approval from national intelligence authorities, Bolton may indeed have caused the country irreparable harm. But in the Internet age, even a handful of copies in circulation could irrevocably destroy confidentiality,” Judge Royce Lamberth wrote. “With hundreds of thousands of copies around the globe — many in newsrooms — the damage is done. There is no restoring the status quo.”

“Bolton has gambled with the national security of the United States,” Lamberth continued. “He has exposed his country to harm and himself to civil (and potentially criminal) liability. But these facts do not control the motion before the court. The government has failed to establish that an injunction will prevent irreparable harm.”

Excerpts of the book, which is scheduled for a June 23 release, have already been published and its contents reported upon.

“We are grateful that the Court has vindicated the strong First Amendment protections against censorship and prior restraint of publication. We are very pleased that the public will now have the opportunity to read Ambassador Bolton’s account of his time as National Security Advisor,” Adam Rothberg, a spokesperson for Simon & Schuster, told TheWrap.

“Obviously, with the book already given out and leaked to many people and the media, nothing the highly respected Judge could have done about stopping it,” Trump tweeted. “Bolton broke the law and has been called out and rebuked for so doing, with a really big price to pay. He likes dropping bombs on people, and killing them. Now he will have bombs dropped on him!”

….Bolton broke the law and has been called out and rebuked for so doing, with a really big price to pay. He likes dropping bombs on people, and killing them. Now he will have bombs dropped on him!