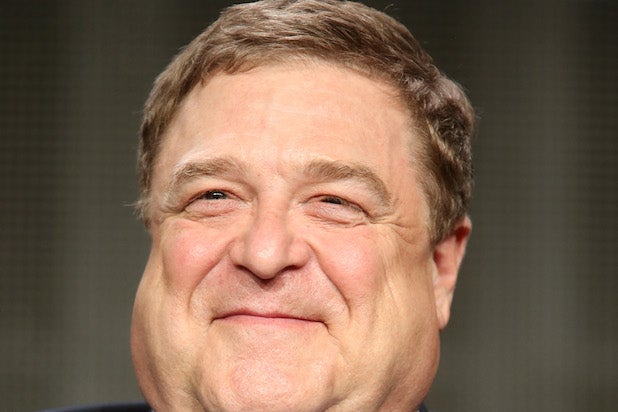 There’s an “Argo” reunion brewing, as John Goodman is in early talks to join Bryan Cranston in Jay Roach‘s Dalton Trumbo movie “Trumbo,” an individual familiar with the project has told TheWrap.

Four-time Emmy winner Cranston will star as stand-out screenwriter Dalton Trumbo, whose career writing classics like “Spartacus” and “Roman Holiday” came to a halt when he was blacklisted in Hollywood after refusing to testify before the House Un-American Activities Committee in 1947. He was forced to write under pseudonyms, winning two Oscars while blacklisted before he resumed his career using his own name.

While there’s no deal in place yet, Goodman is expected to accept an offer to play film producer Frank King, whose King Brothers Productions hired Trumbo to write for them despite the fact that he’d been blacklisted. The writer went on to win an Oscar for his original screenplay for “The Brave One,” which King produced.

Helen Mirren will co-star as Hedda Hopper, the gossip columnist who went after Trumbo and supported his blacklisting.

Roach (“Game Change”) is directing from a script by John McNamara, and the duo are also producing with Michael London and Janice Williams of Groundswell Productions.

An Emmy and Golden Globe winner, Goodman has been nominated for 10 additional Emmys for projects ranging from “Roseanne” to “A Streetcar Named Desire.” In addition to Ben Affleck‘s Oscar-winning “Argo,” his recent feature credits include Robert Zemeckis’ “Flight,” the Coen brothers’ “Inside Llewyn Davis” and George Clooney’s “The Monuments Men.”

Goodman will soon be seen alongside Mark Wahlberg in “The Gambler,” and he’s set to star in Bad Robot’s thriller “Valencia,” which will be directed by Dan Trachtenberg. He’s represented by the Gersh Agency and attorney Amy Nickin.