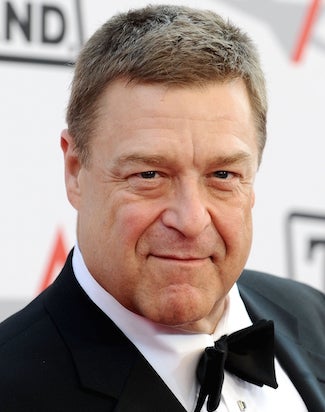 John Goodman is nearing a deal to voice a CG alien in Luc Besson‘s big-budget sci-fi movie “Valerian and the City of a Thousand Planets,” TheWrap has learned.

“Valerian” is based on the 1967 novel by Pierre Christin and Jean-Claude Mezieres. DeHaan stars as the titular character, who can travel through space and time. Delevingne will play his red-haired companion.

Besson is writing and directing “Valerian,” which starts shooting next month at a reported budget of $180 million. Virginie Besson-Silla will produce on behalf of EuropaCorp, which is financing, producing and distributing the movie.

Goodman currently stars in “Trumbo” and “Love the Coopers,” and he’ll soon be seen in the Bad Robot-produced thriller “Valencia.” Goodman is also filming a supporting role in “Kong: Skull Island.” He’s represented by the Gersh Agency and attorney Amy Nickin.