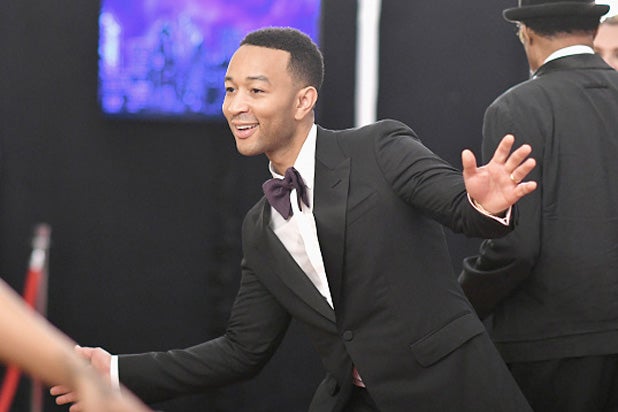 “We’re all overjoyed to have world-class musical artist and producer John Legend starring as Jesus,” said Robert Greenblatt, chairman, NBC Entertainment. “This score demands a singer with an amazing range and an actor with great depth, and there isn’t anyone better to bring this story to a new audience. His casting is also groundbreaking as the traditional image of Christ will be seen in a new way.”

“John Legend is a superstar,” added Tim Rice, the lyricist of “Jesus Christ Superstar.” “As a performer, his voice is infectious and effortless. As an actor, he is believable and honest. I’m thrilled he will be able to share his portrayal of Jesus with the world.”

“I’m thrilled to join the cast of this production of ‘Jesus Christ Superstar Live in Concert!,'” Legend said. “It’s such a powerful, meaningful musical and I’m humbled to be part of this performance. We’ve already formed an incredible team, and, as we finish casting, I’m certain we will put together some of the greatest talents around to do this work justice.”

The companies behind those credits are Universal Television, The Really Useful Group, Marc Platt Productions and Zadan/Meron Productions.