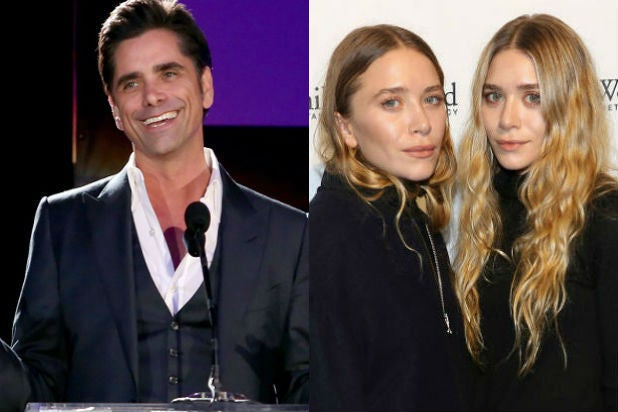 John Stamos is “heartbroken” that Mary-Kate and Ashley Olsen have opted not to participate in the upcoming Netflix revival of “Full House.”

Stamos, who played popular Uncle Jesse on the 80s ABC sitcom, is also an executive producer on the project.

When news broke Friday that the twins who play Michelle Tanner would not return for spinoff “Fuller House,” Stamos immediately tweeted out his feelings via a hashtag: “#heartbroken.”

Stamos then elaborated in subsequent message: “I understand they’re in a different place and I wish them the best,” he wrote, before promising that fans will dig the new offering anyway.

I understand they’re in a different place and I wish them the best. I promise you will not be dissapointed with our reunion and spin off!!

The actor subsequently posted on his official Facebook page, where he could explain further and offer his final words on the absence of the Olsen Twins from the revival.

Stamos wrote: “Just so you reporters know – this is not a money gig for any of us- quite the opposite – we want to give the fans what they deserve for supporting us for so many years- we all just want to have fun – do it in a classy way on netflix and have a good time- sad that a few don’t share the rest of the cast’s opinion – i can only wish them the best – JS”