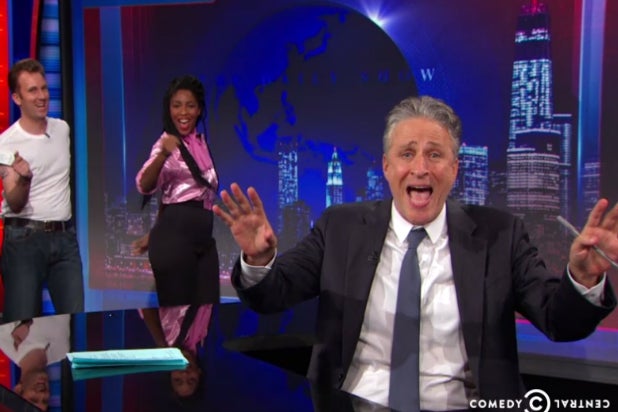 Jon Stewart is done fighting it: He loves watching Donald Trump’s buffoonery, and so do you. Just admit it, let go, and enjoy the summer.

“I want to watch you all the time,” Stewart confessed, so he sang about it to a popular “Grease” tune.

“Wonder what we’ll do when he goes back to ‘The Apprentice’/but what a blow to the riii-iiight.”

“We are terrible singers,” Stewart admitted after parodying “Summer Nights,” one of the most memorable songs from the popular 1978 musical starring John Travolta and Olivia Newton-John