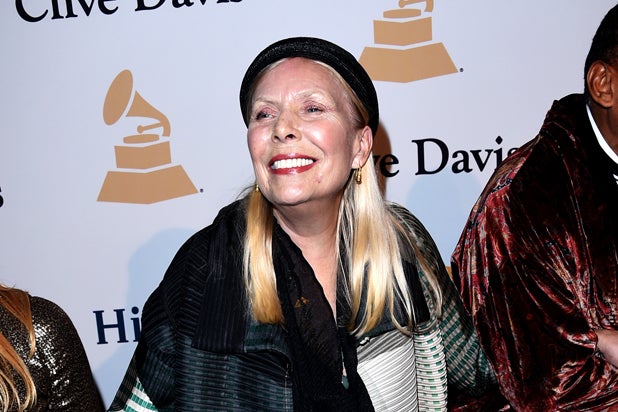 Singer Joni Mitchell is “resting comfortably” following her hospitalization earlier this week after responders arrived at her Los Angeles home and found the 71-year-old musician unconscious.

“Joni remains under observation in the hospital and is resting comfortably. We are encouraged by her progress and she continues to improve and get stronger each day,” a statement on her official website said on Friday.

The singer was taken to a Los Angeles hospital on Tuesday and there is no word yet on what’s been ailing her.

Mitchell has been trending on social media ever since her condition was made public, and many fans have posted heartwarming messages of support for the iconic singer with the hashtag #WeLoveYouJoni:

The flood of support has been so strong that a website has been created to devote to them, and it already has almost 3,000 positive comments.

Today's groove. Anything by Joni Mitchell . No words of explanation needed . #WeLoveYouJoni pic.twitter.com/Q7YazE8oDP

You've meant so much to me for many years Get well, Joni. @JoniMitchellcom #WeLoveYouJoni

Prayers & well wishes for a speedy recovery #JoniMitchell, you are in our loving thoughts! ♡ #WeLoveYouJoni pic.twitter.com/hxzlw2IxTm