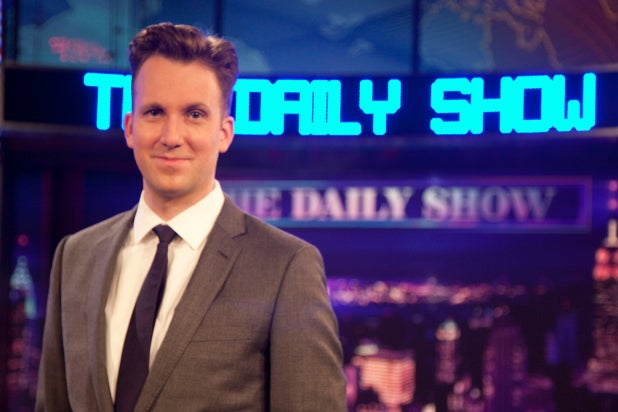 Jordan Klepper has been named the newest correspondent on “The Daily Show With Jon Stewart.”

His first appearance on the Comedy Central late night talk show — reporting “live” from Ukraine — is scheduled to air tonight, March 3 at 11 p.m. ET/PT, when he will officially join Samantha Bee, Jason Jones, Aasif Mandvi and Jessica Williams on “The Best F*&#ing News Team Ever!”

Klepper has been a regular performer at the Upright Citizens Brigade Theatre in New York City for three years and has written and appeared in comedy shorts for UCB Comedy.

He’s had multiple long-running shows at UCB, including several with his wife, Laura Grey. The team of “Klepper & Grey” co-created and co-starred in the UCB Comedy-produced pilot presentation “Engaged,” which was recently featured at the New York Television Festival. The “Engaged” web series is currently running online.

The duo also wrote and starred in the short film “TMI,” which was a featured short at Slamdance in 2012, and their newest short, “Peepers,” will premiere this month at SXSW.