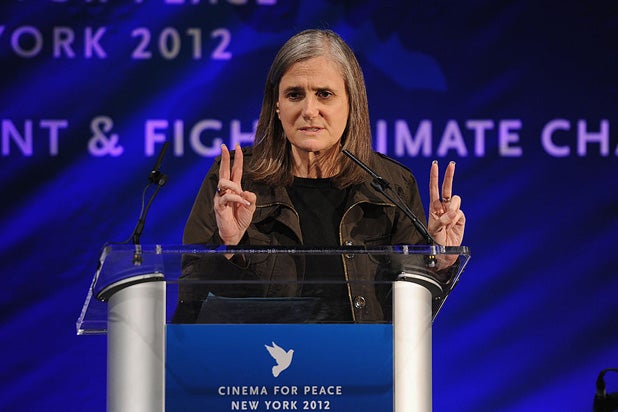 Amy Goodman, the progressive journalist and co-host of “Democracy Now!” will turn herself in Monday to authorities in North Dakota, where she said she has been charged with participating in a “riot.”

“I came back to North Dakota to fight a trespass charge. They saw that they could never make that charge stick, so now they want to charge me with rioting,” Goodman told Democracy Now!

“I wasn’t trespassing, I wasn’t engaging in a riot, I was doing my job as a journalist by covering a violent attack on Native American protesters.”

On Sept. 3, Goodman filmed security guards using dogs and pepper spray to attack people at a protest of the Dakota Access Pipeline, which had turned violent, according to authorities.

“Once protestors arrived at the construction area, they broke down a wire fence by stepping and jumping on it,” the Morton County Sheriff’s Department said in a statement at the time. “According to numerous witnesses within five minutes the crowd of protestors, estimated to be a few hundred people became violent. They stampeded into the construction area with horses, dogs and vehicles.”

Local authorities issued a criminal complaint and warrant for Goodman’s arrest on trespassing charges on Sept. 8. State Attorney Ladd Erickson dropped that case, but filed new charges on Oct. 14 charging Goodman with participating in a “riot.”

“Divergent” star Shailene Woodley was arrested on Oct. 10 for participating in a protest of the pipeline.