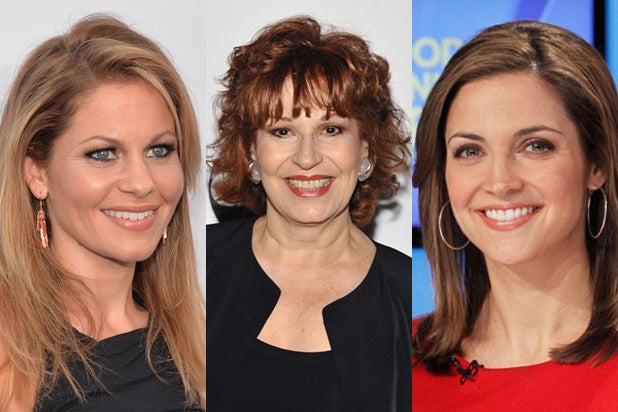 Behar, one of the show’s original co-hosts, previously departed “The View” in 2013 after 16 years.

“Just when I thought I was out, they pulled me back in,” Behar said in a statement. “Plus, Steve was getting tired of applauding every time I gave my opinion. But I’m happy to be back home. And I’m looking forward to sticking my two cents into the hot topics, especially now that Hillary and the Donald are in the spotlight.”

The show also announced a rotating line-up of contributors who will make regular appearances on the show, including Sherri Shepherd, Padma Lakshmi, Stacy London, Ana Navarro and Molly Sims.

Also read: 'The View' in Talks With Candace Cameron Bure and Paula Faris as Co-Hosts

Co-hosts Nicolle Wallace and Rosie Perez departed the show at the end of the last season. Both were added to a revamped co-host panel at the beginning of the season, along with Rosie O’Donnell, who left the show in February, and returning moderator Goldberg.

The new panel will make their debut when the talk show returns from hiatus on Sept. 8.