TheWrap magazine: Before filming started, Daniel Kaluuya and Dominique Fishback met with the son of the Black Panther leader

A version of this story about “Judas and the Black Messiah” and stars Daniel Kaluuya and Dominique Fishback first appeared in the Actors/Directors/Screenwriters issue of TheWrap’s awards magazine.

In September 2019, Fred Hampton Jr. gathered the cast of “Judas and the Black Messiah” in a house in Chicago to ask them each a very important question before taking on the life story of his father, Black Panther leader Fred Hampton: “I want to know from every one of you why you want to do this movie, and I’m going to start with you,” he said, pointing directly at Daniel Kaluuya, who was playing Hampton.

“Oh, my gosh,” Dominique Fishback — who plays Hampton’s wife — remembered thinking. “After Daniel went, Chairman Fred was like, ‘I’mma come back to you,’ and I was like, ‘Oh, Jesus.'”

It was an appropriately intense experience ahead of filming what would be Shaka King’s fiery biopic “Judas and the Black Messiah.” The film looks at Hampton’s rise in the Black Panther party in the 1960s, as well as his relationship with William O’Neal (LaKeith Stanfield), the man who sold him out to the FBI and led to his murder by police in 1969. But it’s also a love story between Hampton and his wife, Deborah Johnson (who now goes by Akua Njeri), and how they rose to the occasion to fight for the rights of Black people.

After being in that room prior to shooting, both Kaluuya and Fishback knew they too would have to meet the moment. “You couldn’t walk away from that not feeling seen: ‘This is me, this is what I care about, this is what I stand for,'” Kaluuya said. “I spoke from my heart, man. It’s not something that can be manufactured or regurgitated. It was a product of an honest moment.”

“I felt instinctively that I would give everything I had,” Fishback added. “I would do anything to make sure I gave justice to the family and this role.”

“Judas and the Black Messiah” arrives months after the country was rocked by protests over the deaths of George Floyd, Breonna Taylor and others. The film’s climax, which depicts how Chicago police fired over 90 shots during a raid that killed Hampton, offers chilling echoes of more recent Black Americans slain by police. But the film’s urgency has not changed because the the country took notice.

“I don’t feel like it’s new information,” Kaluuya said. “I knew this before. It’s just now it’s come to critical mass, come to the mainstream. There’s a lot of people who have not lived it who are aware of it and are now listening because it’s so clear, the brutality. How do you talk your way out of the murder of George Floyd?”

The cast actually shot the raid scene in November, on the eve of the 50th anniversary of Hampton’s death. And for Fishback, she and Kaluuya had become so close to each other and to the material that it was hard not to feel the weight of that moment.

“The night before we filmed it, I remember my stomach was in such tight knots and my heart was pounding so fast,” Fishback said. “I had to keep telling myself, ‘Daniel’s going to be OK. Daniel’s going to be OK.’ I realized that my body couldn’t separate what was real and what wasn’t because from the beginning I prayed to be a vessel. A lot of us opened ourselves up to experience this thing.”

Also Read: Daniel Kaluuya on the Legacy of Chadwick Boseman: 'That's a Man That Lived for Us' (Video)

On the days when he delivered one of Hampton’s electric speeches, Kaluuya would separate himself from the crew not just to preserve his vocal cords but to mentally ready himself to channel Hampton’s energy. He also made a playlist of songs, including Kendrick Lamar’s “DNA,” T.I.’s “Bring Em Out” and C-Biz’s “The Game’s Mine,” that would unlock a swagger inside him.

“When you are coming from a position of service, your ego goes away,” he said. “The fear goes away, the anxiety goes away, and I just go, ‘I really mean this. I’m really going to do this shit.’ I went for the songs that unlocked the feeling that Fred made me feel. In me! It may not do it in someone else, but it’s something that brought that unapologetic, we’re in here, we’re doing this, and this is what’s happening as opposed to can this happen? No no, this has already happened. You know? Deal with it.” 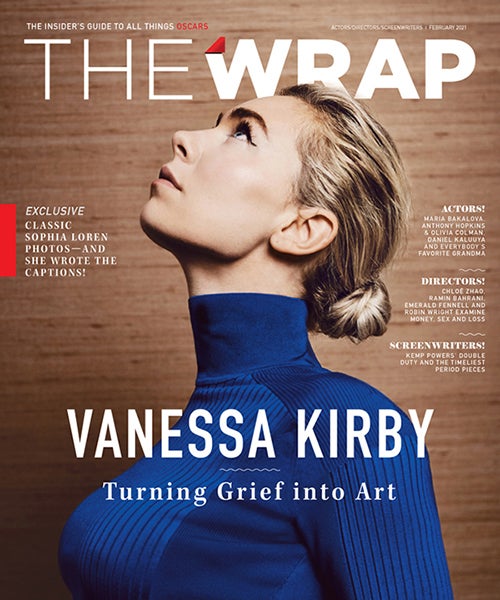