The mugshot of actor Judge Reinhold — who was arrested at Dallas Love Field airport after an incident with the TSA — was released to TheWrap on Thursday evening by the Dallas County Sheriff’s Department.

According to their press release about the incident, officers were alerted by the TSA that an individual was “causing a disturbance” and refusing to submit to a screening at a checkpoint area. 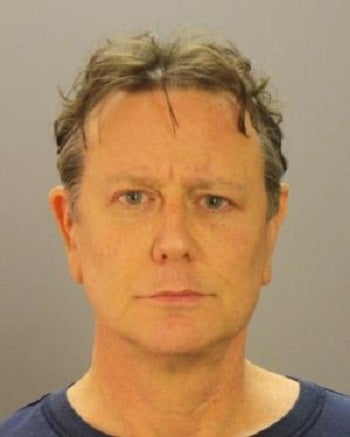 “The officers responded and subsequently took the individual into custody after he refused to comply,” police said.

Reinhold was charged with disorderly conduct.

According to the Dallas News, Reinhold became “belligerent” after being selected for a pat-down Thursday afternoon.

The “Beverly Hills Cop” actor, who is 59, was informed that the pat-down could be done in a private room, but he refused the offer, the Dallas News reported.

Police were then called to the scene and attempted to calm the actor, but according to authorities Reinhold was “antagonistic” toward the officers.

Reinhold’s attorney in the matter, Steve Stodghill, told the Dallas News that Reinhold successfully passed through the TSA scanner, but was stopped when his luggage set off an alarm. The actor didn’t understand why he should be searched after the successful scan, the attorney said.