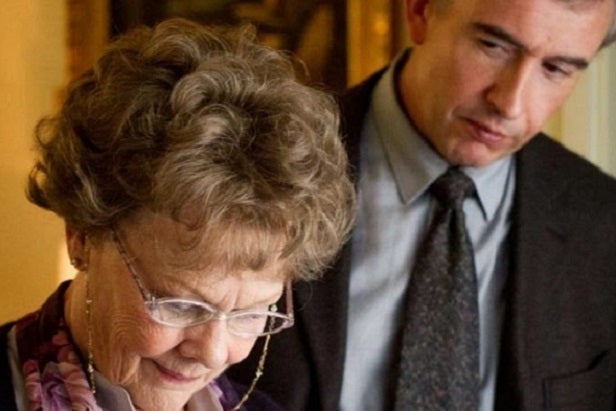 The Weinstein Company’s Oscar hopeful took in $1.5 million and fell just 12 percent from last weekend, despite a theater count that dropped from 727 to 602 locations. That’s a solid $2,557 per-screen average for the drama, which stars Dench in the fact-based tale of a mother searching for a son taken from her decades earlier. Steve Coogan wrote the screenplay and co-stars.

A strong showing at next Sunday’s G0lden Globes and at the Jan. 16 Oscar nominations would give the modestly budgeted “Philomena” a solid shot at a $30 million domestic total. It’s up to $19.6 million and has added another $17 million from the overseas box office.

Ethan and Joel Coen’s “Inside Llewyn Davis” also turned in a strong holdover performance, one day after collecting wins for best actor (Oscar Isaac), cinematography and best picture from the National Society of Film Critics.

Also read: ‘Wolf of Wall Street’ Gets Box-Office Boost From War of Words

It brought in $1.17 million from 156 locations, just a six percent drop from last week and an impressive per-screen average of $7,532 for CBS Films. The domestic total for “Llewyn” is just under $7 million.