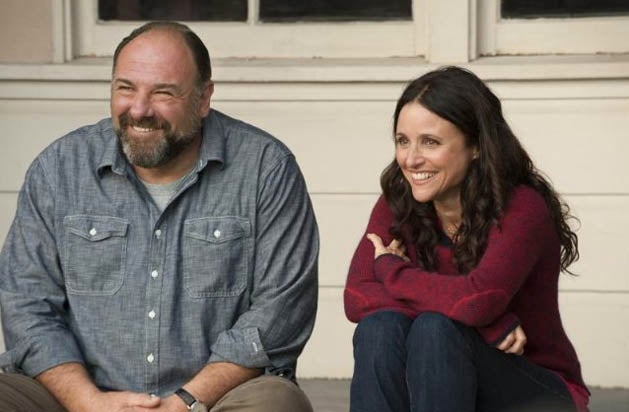 A  version of this story first appeared in OscarWrap: Actors

Julia Louis-Dreyfus is the only actress to win Emmys for three different television series (“Seinfeld,” “The New Adventures of Old Christine” and “Veep”), but her movie career has always been sporadic – and, except for voice-over work in animated films, nonexistent for the last decade and a half.

But Louis-Dreyfus changed that with her sharp, funny turn in Nicole Holofcener’s “Enough Said,” an affecting comedy in which she plays a divorced mom who finds that she has to hide a pretty big secret to keep her new romance alive.

Co-starring with another TV icon, the late James Gandolfini, Louis-Dreyfus is appealing and understandable as a character who makes bad and occasionally inexplicable decisions – as Alonso Duralde wrote on TheWrap, “She’s a master of squirm-inducing comedy, but rarely has she gotten to play a character with such a variety of tones … Louis-Dreyfus never allows the character to become so awful that we don’t root for her happiness.”

Except for voice-over work, you haven’t made a film in 16 years. Why not?
Well, you know, I was doing all these TV shows. And I had two children, both of whom were born during the “Seinfeld” run. So I was busy raising them, and my downtime was limited, and I didn’t want to be going off to location making films. And in addition to that, there aren’t gobs and gobs of interesting roles for women over the age of 35 in the film business.

And the reason I was able to do “Enough Said” is that I had just finished season one of “Veep,” which was only eight episodes, and so my time opened up. And this particular movie was shot in L.A., so I went home every night. A lot of things about it made it very doable, and irresistible because the script was such a cut above anything I had read in quite a long time.

Since you hadn’t been doing films, did you have to talk your way into a meeting with Nicole Holofcener?
I had to talk my way in a tiny bit. It was one of those get-to-know-each-other meetings, and it went really well. We just immediately connected in that moment, and I think it was pretty much a done deal after that.

We started talking about the script right away, and our kids, and our relationship with our children. And my husband and I had taken our oldest son off to college, and that was this massive moment in our family’s life. We talked about the dynamics of that, and I think I probably burst into tears as we were talking about it. Which I think pretty much secured me the gig at that point.

Your character spends much of the movie hanging onto a pretty devastating secret that is bound to come out and destroy two relationships. Did you struggle to understand why she acted that way?
I got it totally. That doesn’t mean I would do this kind of thing, but I got the anguish of it, and I understood the fear of loneliness, and how that sort of hijacked her. What is that movie where they take over your body?

You insisted on putting in a scene where she almost tells James Gandolfini‘s character her secret.
Yeah, I did. That was really important to me. You need to see her fighting that thing in herself, and failing. I think it makes her more understandable. So she tried, but then he slays her with a joke he makes, which is why she stops. Where do you go from there? Well, you could tell the truth.

But then you wouldn’t have a movie.
Exactly.

Your paths must have crossed with James Gandolfini before this, maybe at the Emmys or something.
I just met him socially, maybe twice. And we met for earnest on this movie, and became fast friends. I think he really understood the part, although he was very much like, “Why am I playing a guy who gets the girl? I don’t get it.”

He was very dismissive and self-deprecating, and kept saying to me and Nicole, “If you want to recast this, I get it.” That made him much more sort of strangely fall-in-lovable, that he would be so insecure. But that’s who he was. For somebody who was so extraordinary as an actor, he was so questioning, and hard on himself about his abilities.

Did he see any of the finished film?
He only saw bits and pieces in ADR. But he never saw the final version, which is a tremendous shame. It’s absolutely bizarre to be talking about this movie without him sitting here.

The final scene could very easily feel wrong, but somehow it walked a very fine line and ended on a perfect note.
I’m so glad you said that, because we really worked on that. We discussed it in great length — what is the tone of this moment going to be? We tried different things, but when we nailed it, it was somewhat improvised. And Jim and I got up off that stoop, and walked into the house and just fell into each other’s arms. We were very emotional, a little bit weepy, because we both felt as if we’d nailed it. And in fact, that very take is what Nicole used.

Do you plan to be more involved in movies now?
Yeah, I think so – when great material comes along. It’s hard to find really great stuff, and I’m seriously spoiled now. I mean, “Veep” is so crazy good, and so well-written. And then this movie.

And, frankly, I’m in the luxurious position of not having to do anything. That sounded really spoiled the way I said it, and I didn’t mean to sound like that. But I really am in a fortunate position, and so it’s just a question of finding that little treasure.