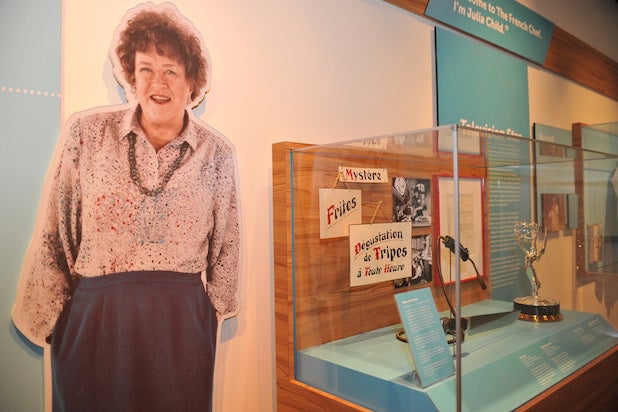 Twitch, an Amazon site best known for live streams of people playing video games, will broadcast a four-day marathon of Child’s pioneering 1960s-era “The French Chef” cooking program as the kickoff for its own food channel.

The stunt follows Twitch’s weeklong stream of painting instruction episodes by fellow PBS icon, Bob Ross. That October marathon of Ross’ sedate guidance for creating canvases packed with “happy little trees” was hit within Twitch’s community and introduced the site to viewers who might otherwise be baffled by the concept of watching other people play video games.

Twitch’s appropriation of classic content flips the script of other media companies flocking to its own realm of eSports. Big brands in television and media, like ESPN and Yahoo, are flocking to cater to the growing, rabid audience for gaming as spectator entertainment. But Twitch, with 100 million people already tuning in to its game-play videos, is turning to cult classic content to widen its appeal to a broader mainstream.

The site, which Amazon purchased in 2014 for $970 million, said the launch of its food channel is focused on Child, but it will soon host other cooking-related shows following the marathon. The programs are self-made broadcasts by streamers on the site, similar to the model of a YouTube entertainer, which either integrate cooking into gaming culture or simply leverage the tools to broadcast gameplay for food content

Bill Morrier, who is the head of Twitch Creative, a section dedicated to content that ventures away from eSports and gaming, said cooking content there has been driven by “chefs eager to showcase their culinary skills to a live interactive audience.”

In a particularly apropos mashup, the channel is expected to include “CookingForNoobs,” by a kitchen-instructing Twitch streamer who has “created works of food art based on Bob Ross paintings.”

Twitch’s marathon of “The French Chef” will go live Tuesday at 2 pm PT.