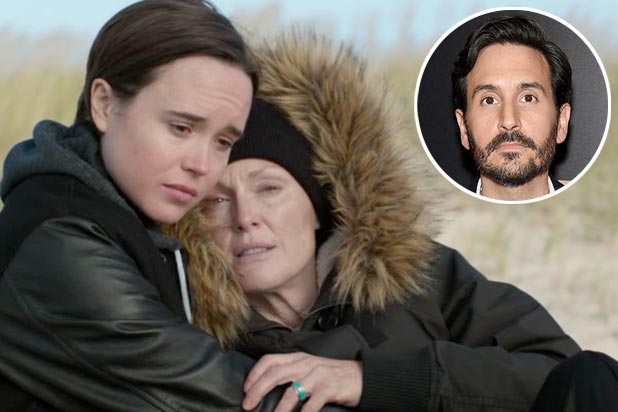 In a reversal from what many mid-career actresses experience, Julianne Moore landed the lead in the new movie “Freeheld” not despite her age but because of it.

Director Peter Sollett said he was looking for a middle-aged actress to play opposite Ellen Page, 28, in the fact-based film about a lesbian New Jersey couple, Laurel Hester and Stacie Andree, who were at the center of a landmark 2005 LGBT rights case.

And at 49, Moore was the perfect choice to play Hester, a police officer in Ocean City N.J., who received a terminal lung cancer diagnosis and then struggled to pass her pension benefits to Andree. “Julianne and Ellen are [almost] exactly the same age apart as Laurel and Stacie,” he told TheWrap. “Not only was she the right age, she is one of the best actresses of her generation.”

Page and Sollett set out to cast Moore in the role long before the actress won her Oscar for “Still Alice.” And Sollett never once regretted his decision to do so.

“She brings Laurel to life from the inside, and never does she ask the audience to pity her,” the director said of Moore. “She is wise enough and savvy enough to let the context of the film do the heavy lifting for her.”

“Freeheld,” which opened Friday in limited release just four months after the Supreme Court declared gay marriage legal, is based on an Oscar-winning documentary short of the same name by Cynthia Wade.

“The beauty of working from a piece of nonfiction is that truth is more interesting than fiction,” Sollett said. “There are amazing coincidences and turns and twists and characters that appear and vanish in a way that they do in real life.”

In order to achieve authenticity, though, Sollett enlisted the advice of Andree and Dane Wells, Hester’s police partner (played by Michael Shannon in the film).

While Sollett said he usually makes a film for the general public, on this particular film his primary audience was Andree. “A film like this, to direct it you have to be as inclusive with the real subject as possible,” said Sollett, adding that he gave cameos in the movie to many of the real-life figures.

“They were all a text message away when they weren’t on set,” he said, “so we could confirm with them about anything, from dialogue to wardrobe to production design.”