“Jungle Cruise,” Disney’s adventure film starring Dwayne Johnson and Emily Blunt, earned $2.7 million at the box office in Thursday night previews that began at 6 p.m. It opens on over 4,310 screens this weekend.

“Jungle Cruise” is based on the popular Disneyland and Disney World attraction and has been long anticipated after originally being slated for release last year. Thursday’s total is an impressive start, but anyone hoping that the Rock-sized boost to the box office may be disappointed. The film is projected to earn a $25 million opening weekend, and the film will also open through Disney+ Premier Access.

For comparison, “Cruella,” which also opened through Premier Access on Disney+ during Memorial Day weekend, made $26.5 million in its four-day start after it made $1.4 million in its own Thursday night preview. 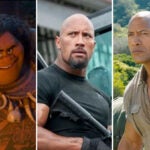