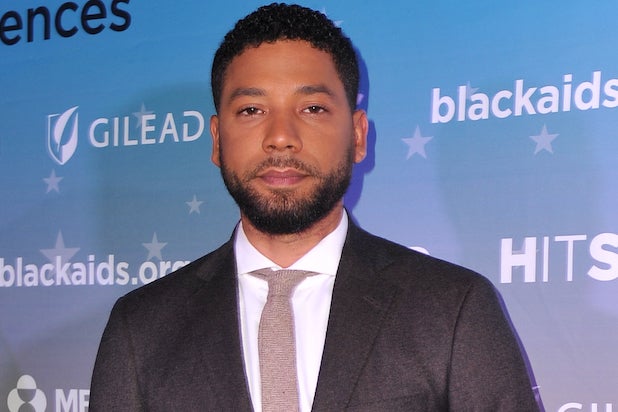 Smollett reported Jan. 29 that he was attacked by two men who shouted racial and homophobic slurs and referenced “MAGA.” After releasing two former suspects over the weekend, police said they wanted to interview Smollett again — and then declared him the suspect.

The Cook County State’s Attorney’s office did not immediately respond to a request for details. Neither did Smollett’s attorneys, who have denied that he faked the attack.

20th Century Fox, which produces “Empire,” declined to comment. Earlier on Wednesday, before police declared Smollett a suspect, Fox renewed its past support of Smollett, saying, “Jussie Smollett continues to be a consummate professional on set and as we have previously stated, he is not being written out of the show.”

Also Read: Fox Still Says Jussie Smollett Will Not Be Written Out of 'Empire'

Since Smollett’s first police report on Jan. 29, the investigation took many turns, with varying degrees of cooperation from Smollett. At one point, police brought in brothers Olabinjo (“Ola”) and Abimbola (“Abel”) Osundairo as persons of interest. As it turned out, both had worked on “Empire.”

The brothers were released without charges last Friday after the police said “new evidence” had emerged and that the investigation’s “trajectory” had changed course. Earlier this week, CNN reported that Chicago police believed that Smollett might have paid the brothers to stage the attack.

Also on Tuesday, Cook County State’s Attorney Kim Foxx recused herself from the investigation to avoid “potential questions of impartiality,” a rep for Foxx said. First Assistant State’s Attorney Joseph Magats has been set to act as prosecutor in her place.

27 Club: Stars Who Died at Age 27, From Jimi Hendrix to Amy Winehouse (Photos)