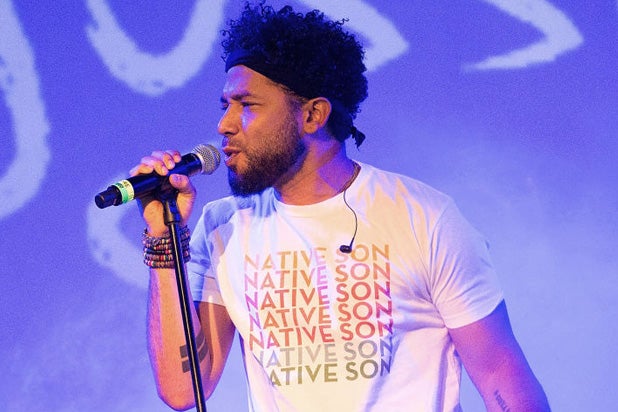 Fox has released another statement on Jussie Smollett, saying the “Empire” star “continues to be a consummate professional on set.” The studio has also restated that his character Jamal Lyon “is not being written out of the show.”

“Jussie Smollett continues to be a consummate professional on set and as we have previously stated, he is not being written out of the show,” 20th Century Fox Television and Fox Entertainment said Wednesday in its joint statement.

Chicago police are still investigating the physical assault Smollett reported to them on Jan. 29. Earlier this week, CNN reported that Chicago PD now believe Smollett might have paid two brothers to stage the attack.

“The idea that Jussie Smollett has been, or would be, written off of ‘Empire’ is patently ridiculous. He remains a core player on this very successful series and we continue to stand behind him.”

The studio hadn’t said anything publicly between now and then.

On Wednesday, a person with knowledge of “Empire” production told TheWrap that Smollett’s scenes for the rest of the ongoing Season 5 are being trimmed. Scenes that Smollett had already shot will not be edited out of episodes that have wrapped production, however.

According to TMZ, which first reported the news of changes to Jamal’s remaining arc this year, Smollett had nine scenes and a “big musical number” in this season’s second-to-last episode. Five of those scenes have now been cut, along with the musical number. And for those other four scenes that remain, they have been rewritten to focus more on an ensemble than just Smollett.

“Multiple revisions” have been made to the episode’s script in just the last 24 hours, per TMZ.

“Empire” returns from its winter hiatus on March 13. Production started up again on Tuesday in Chicago.