It’s a ritual as old as "American Idol" itself: As soon as Hollywood Week ends, viewers start up the chorus: “The talent is terrible this year! Season [fill-in-the-blank] was much better.”

While we don’t believe Simon Cowell’s assertion that this year’s crop is the “best ever” — he says that every year — as we swing into the third week of the semi-finals, it’s time to cut season 9 some slack.

Yes, there have been some terrible — really, truly awful — performances. But the early weeks of the show have always been made for delighting in the horror of it all. Once the voice coaching, styling and media training kicks in, the singing smoothes out.

So why all the complaints this year (other than the arrival of Ellen?)

(Also read: "Ellen on ‘Idol': Making the Other Judges Better")

The main problem is a lack of an early standout like Fantasia or David Archuleta to get people excited, says Phil Gallo, former Variety managing editor and chief music critic who covered the first seven seasons of the show. “This year looks more jumbled than most because there is not that one really strong singer,” he told TheWrap. “And the lack of frontrunners means even the judges end up being wishy-washy.”

He’s got a point. Give "Idol" a little time to marinate — at this stage in previous years, we were sitting through much, much worse. 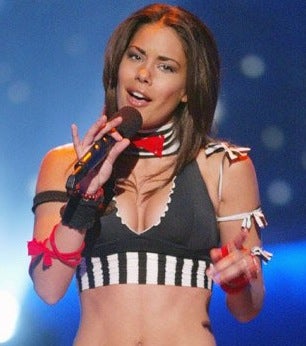 A perfect example of our collective amnesia when it comes to this show. The epic battle between pretty-good singer Justin Guarini and eventual pop diva Kelly Clarkson completely overshadowed the fundamental truth: The majority of these singers were painfully bad. Ryan Seacrest was still sharing a stage with Brian Dunkleman (oh, those were awkward days), and most of the warbling girls were clad in midriff-baring outfits. With the exception of Guarini, Clarkson and Tamyra Gray (who ended up fourth), this group was largely a bust. Remember former model Ryan Starr? Not-so-closeted R. J. Helton? We don’t, either.
SEASON 2 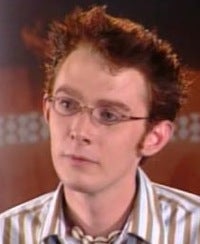 With all the attention paid to "AI" in season 1, it’s surprising that the talent pool for the second year was so lackluster. In the semifinals (he was picked as the voter’s choice in a wild card round), Clay Aiken had yet to acquire a stylist, and according to Television Without Pity recapper “Shack,” looked “like a cross between Alan Cummings and a troll doll.” Ruben Studdard wasn’t exactly tearing the house down at this point in the game, either — his 205 jerseys were more engaged with the crowd than he was. But hey: If you really, really liked the song “Angel,”Aliceyn Cooney was your contestant: She sang it for two auditions and the wild card round. In the end, it was too bad Frenchie Davis got ejected for racy pictures — she had one of the best voices in the competition.
SEASON 3
Fantasia Barrino was the frontrunner early on but battled comparisons to popular-at-the-time Macy Gray. Diana Degarmo’s oddly poised Miss-USA affectation didn’t do her any favors. And everyone likes to talk about how Idol missed the boat on Jennifer Hudson, but her lackluster rendition of “Imagine” during the semifinals only merited a comment of “very spirited” from Randy. (Though Simon did tell her he liked her “leather nurse” look.) How bad were the early rounds? Male contestant Marque Lynche crooned “Wind Beneath My Wings” in a sleeveless blue vest. And the judges liked it.
SEASON 4 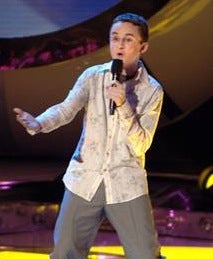 Bo Bice was an early favorite, but it was becoming clear that his musical lane was more of a bike path. TWOP recapper Jacob Clifton wrote, “Dear Bo Bice … I love your singing and performing, but I feel totally left out because I don’t like working-on-your-car-in-the-yard music.” Producers tried to make mediocre singer Amanda Avila more interesting by repeatedly mentioning that she once dated Josh Groban. Carrie Underwood’s big “Alone” moment was still weeks in the future, and she was eviscerated by the judges for singing a Faith Hill version of “Little Piece of My Heart.” And remember flashy Mario Vázquez? Before mysteriously dropping out of the top 12, he was running hot.
SEASON 5
This is the year a contestant nicknamed “Chicken Little” actually made it to the finals. Really, Kevin Covais? “Heard it Through the Grapevine?” Ace Young couldn’t exactly sing, but he had nice hair. Both dim-witted Kellie Pickler and “gee-whiz” Bucky Covington were still running hot. Everyone was still confused by Chris Daughtry’s authenticity, though the judges lavished him with praise for his rendition of Fuel’s "Hemorrhage.” (Our choice for weirdest song choice? Sixteen-year-old Will Makar’s version of Kenny Roger’s “Lady.”) Most importantly, Taylor Hicks’ collection of whoops, ticks and head-snaps had yet to create their inevitable road rash on America’s collective psyche at this point in the competition.
SEASON 6 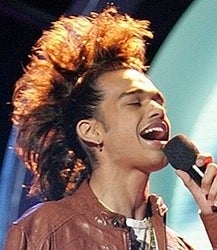 The power trio of Melinda Doolittle, Jordin Sparks and LaKisha Jones had most of spotlight at this point, but things on the other side of the gender aisle were disastrous. Raspy-voiced Sundance became a cartoon with a painful “Jeremy,” while cheerfully bald (and boring) Phil Stacey embraced mediocrity with Lee Ann Rimes’ "I Need You.” The comely Antonella Barba continued to advance, though it was obvious that most of her assets were physical. And then there was Sanjaya.
SEASON 7 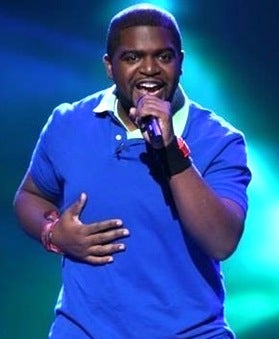 What could producers possibly do to make the semifinals worse? Institute themes. Every week had the contestants chained to a decade, and the results were predictably bad.Jason Castro strummed along to the Bee Gee’s "I Just Wanna Be Your Everything,’ while perpetually pissed-off Danny Noriegabelted out “Superstar.” On a visual note, Kristy Lee Cook’s hemlines rose weekly. Chikezie had a decent voice and knew how to rock the argyle, but it was clear from the beginning that this season belonged to the Davids.
SEASON  8
Yes, everyone loved to hate on the histrionics of Tatiana del Toro, but at least she was interesting, which is more than could be said for the majority of contestants last year. (Although Alex Wagner-Trugman deserved an “awkwardly adorable” award for delivering the lyric “rolling like thunder under the covers” with teenage passion during his rendition of “I Guess That’s Why They Call It The Blues.”) Aside from Adam Lambert, at this stage, the group was a mashup of depressing (widower Danny Gokey, who went with Mariah Carey’s sickly sweet “Hero” to honor his dead wife), milquetoast (I’m looking at you, Kris Allen) and just, well, bland (oil rig roughneck Michael Sarver).
x
Looks like you're enjoying reading