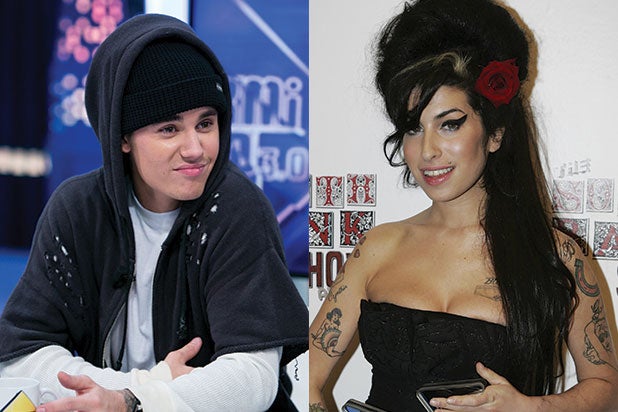 If the media’s not more considerate of Justin Bieber‘s feelings, the pop star fears he may end up like Amy Winehouse.

“I watched the Amy Winehouse documentary on the plane and I had tears in my eyes because I could see what the media was doing to her, how they were treating her,” he told NME on Thursday. “People thought it was funny to poke her when she was at rock bottom, to keep pushing her down until she had no more of herself. And that’s what they were trying to do to me.”

The documentary, “Amy,” centers on the way media — and men — exploited the singer’s mental illness to be a profitable commodity, prompting many news outlets to post headlines like “Did the Internet Kill Amy Winehouse?” The “Valerie” singer died in 2011 after suffering from accidental alcohol poisoning.

In the interview, Bieber also revealed that he just wants people — both his haters and adoring Beliebers — to see the real Justin.

“I just want people to know I’m human,” he said. “I’m struggling just to get through the days. I think a lot of people are. You get lonely, you know, when you’re on the road. People see the glam and the amazing stuff, but they don’t know the other side. This life can rip you apart.”

In past months, Bieber has given the media a lot to talk about. Within a week, the pop singer walked off stage during a performance, and stormed out of a Spanish radio interview because the hosts asked him to help them “break the internet.” The 21-year-old still believes that the media is out to get him, saying that our culture thrives seeing celebrities fall.

“It’s because of the way the Justin Bieber brand was portrayed,” he continued. “I was a wholesome pop star who was so amazing who had nice hair and a fucking image that no one could ever live up to. So when all this happened people were like, ‘Woah, let’s rip him apart.’ If you see Gandhi roll up a blunt, it’s different to seeing Ryan Gosling roll up a blunt. You wouldn’t give Ryan Gosling a hard time.”