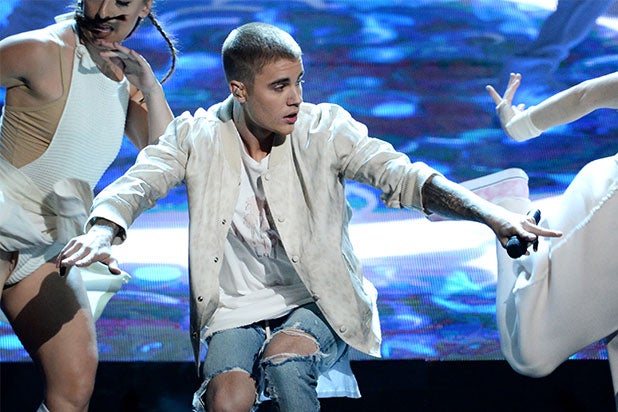 Justin Bieber took a hard fall — or shall we say, another — on stage during his “Purpose” tour, but took the opportunity to give fans life advice.

During a performance of “Sorry,” the singer and his crew members kicked around water on stage when Bieber lost grip of the ground underneath him and fell right on his behind.

But instead of being humiliated, the 22-year-old got up and started to strut down the stage, telling his fans an important message about life.

See Video: Justin Bieber Falls Off Stage With a Thud During Concert

“Life’s about taking falls, and life’s about getting back up!” he said.

Last month, during his show in Saskatoon, Canada, the pop star walked along the stage and evidently didn’t see that the walkway was ending before he fell off with a thud. From the looks of it, Bieber was too busy trying pulling up his pants to notice the danger in front of him.

Watch his fall and his recovery below.

#CrewGoals ❤️ always there when you have a fall ????❤️ @justinbieber you clutz, hope you're okay doe pic.twitter.com/hmn0iSTsj4

THIS IS THE AFTERMATH OF THE FALL @justinbieber @PurposeTour2016 pic.twitter.com/ytddbJqzZN