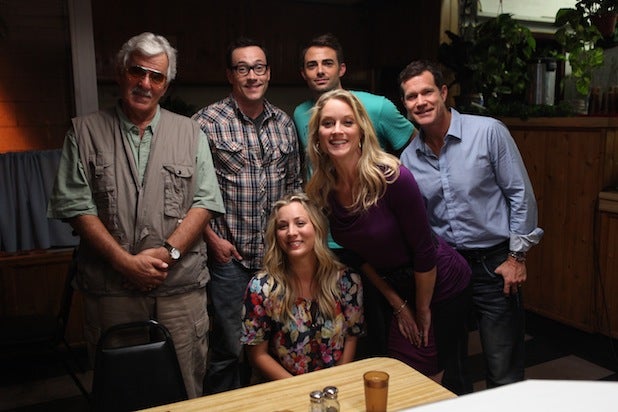 The film will be available on ultra-VOD on March 18, 2014 before it hits theaters on April 18.

David Congalton wrote the script, which follows a dysfunctional group of unpublished writers. When they accept Hannah (Cuoco) into their fold, the last thing they expect is her overnight success. Can these lovable misfits achieve their artistic dreams and avoid killing one another in the process?

“Life imitates art in many films but we were really drawn to Ellie Kanner’s very funny, and too true, take on the ultimate Hollywood success story,” said Suzanne Blech, president of Screen Media.

“I am very excited to be working with the teams at Screen Media and Starz Digital Media,” added Kanner. “And I am thrilled that the film will have the chance to reach the widest possible audience in theaters and on VOD.”

The deal was negotiated by Screen Media’s Blech and Seth Needle along with Starz Digital, while Traction Media negotiated on behalf of the filmmakers.