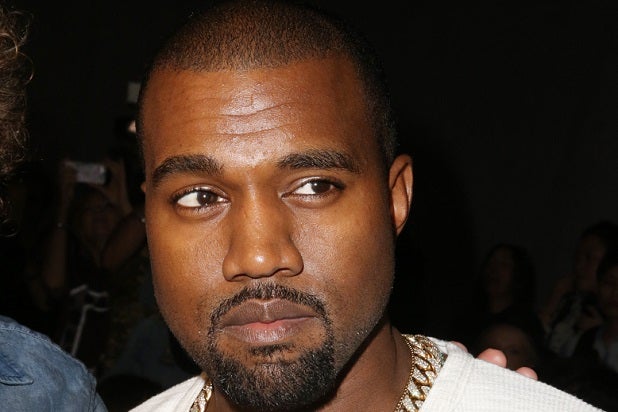 Kanye West going on a Twitter rampage? Is it Thursday already?

The normally soft-spoken rapper tore into late-night host Jimmy Kimmel on Thursday, giving his caps-lock key a workout for a social-media jeremiad during which he called Kimmel a “manipulative media muthafucka.”

Also read: ‘Twerking Girl on Fire': How Jimmy Kimmel Fooled the Internet (and ‘The View’)

Oh, and he also said that Kimmel’s ex, Sarah Silverman, is “a thousand times funnier” than Kimmel. Ouch. And untrue.

The rant came after Kimmel spoofed West’s BBC Radio interview — some might categorize it as self-aggrandizing — using children to re-create the face-to-face between West and interviewer Zane Lowe.

This didn’t sit terribly well with West, who tweeted, “JIMMY KIMMEL IS OUT OF LINE TO TRY AND SPOOF IN ANY WAY THE FIRST PIECE OF HONEST MEDIA IN YEARS.”

It got more aggressive, and weirder, from there.

Such as, “JIMMY KIMMEL PUT YOURSELF IN MY SHOES … OH NO THAT MEANS YOU WOULD HAVE GOTTEN TOO MUCH GOOD PUSSY IN YOUR LIFE…”

And, “SHOULD I DO A SPOOF ABOUT YOUR FACE OR YOU FUCKING BEN AFFLECK…”

YOU CAN’T PUT YOURSELF IN MY SHOES. YOUR FACE LOOKS CRAZY… IS THAT FUNNY?… OR IF I HAD A KID SAY IT WOULD IT BE FUNNY???

West went on to allude to a being duped by Kimmel, “I LIKE YOU, YOU KNOW ME, I WENT TO YOUR FAMILY’S WEDDING … WHO YOU MADE IT CLEAR TO ME WASN’T YOUR FAMILY WHEN I WAS ON THEN PHONE WITH YOU 5 MINUTES AGO, YOU MANIPULATIVE MEDIA MUTHERFUCKER..”

SHOULD I DO A SPOOF ABOUT YOUR FACE OR YOU FUCKING BEN AFFLECK…#NODISRESPECTTOBENAFFLECK #ALLDISRESPECTTOJIMMYKIMMEL!!!!

Kimmel has responded via his own Twitter account, promising to reveal “the whole story” about West on his ABC late-night show “Jimmy Kimmel Live” Thursday night.

“I’ll tell you the whole story about @kanyewest tonight on the show – this is not a prank, I promise,” Kimmel tweeted.