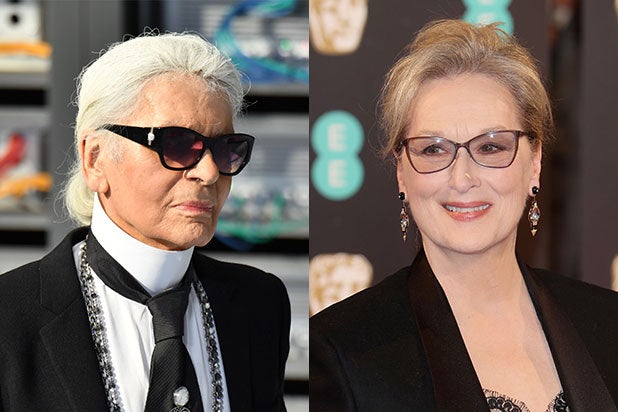 Karl Lagerfeld has blasted Meryl Streep for her “cheapness,” claiming the three-time Oscar winner canceled a dress he was making for her Academy Awards appearance this Sunday. He also said that Streep ultimately decided to wear a designer who would pay her — claims the lauded actress has denied.

“I made a sketch, and we started to make the dress,” Chanel’s head designer told Women’s Wear Daily, adding that days later, he received a phone call from Streep’s team. “‘Don’t continue the dress. We found somebody who will pay us,'” Lagerfeld said he was told.

According to the publication, Streep’s dress was supposed to be an embroidered gray silk gown from Lagerfeld’s most recent couture collection for Chanel. She even requested an adjustment to the design, he claimed.

Lagerfeld also noted that Chanel has a policy of not paying celebrities to wear its clothes.

But even though Streep allegedly won’t wear the dress to the Dolby Theatre on Sunday night, Lagerfeld wants her to keep it. She is nominated for an Oscar in the Best Leading Actress category for her role in “Florence Foster Jenkins.”

“She could keep the dress because of the size,” Lagerfeld said. “It’s couture. It’s perfect for her.”

Lagerfeld added, “A genius actress, but cheapness also, no?”

In January, President Donald Trump blasted the Oscar winner as “overrated” after she called him out during her acceptance speech at the Golden Globes.

A representative for Streep has not yet responded to TheWrap’s request for comment. In a statement to The Hollywood Reporter, Streep’s team called the claims “absolutely false” and that it is “against her personal ethics to be paid to wear a gown on the red carpet.”