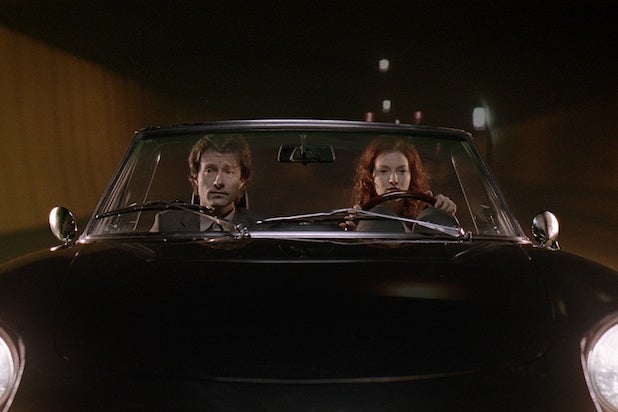 The Karlovy Vary International Film Festival will celebrate its 50th festival with a lineup of films heavy on young directors, European filmmakers and character studies set in small towns and big cities around the world.

KVIFF will take place in early July in the picturesque spa town west of Prague in the Czech Republic. Additional bookings will be announced in the coming weeks.

The main competition lineup will also include two films from female directors, Anca Damian’s “The Magic Mountain” and Eva Neymann’s “Song of Songs.”

The festival’s documentary competition will include 16 films, among them docs about a n elderly woman in Belfast (Mark Cousins’ “I Am Belfast”), a sniper in Afghanistan (Alba Sotorra’s “Game Over”), a dance school in Havana (Eileen Hofer’s “Horizons”), a film production in Andalusia (Tonislav Hristov’s “Once Upon a Dream – A Journey to the Last Spaghetti Western”) and a beauty salon in Haifa (Iris Zaki’s “Women in Sink”).

Also in the documentary lineup is “Kacey Mottet Klein, Birth of an Actor,” a short film about a child actor from Ursula Meier, the director whose previous film, the Swiss Oscar entry “Sister,” starred Klein.

Another competition section, East of the West, will include films from Hungary, the Czech Republic, Poland, Albania, Romania, Turkey, Kirghizia, Greece, Germany and Croatia, among others. The section will open with Tomasz Mielnik’s “Journey to Rome,” a comedy set on a train to Rome.

The Forum of Independents competition will open with Brazilian director Ives Rosenfeld’s “Aspirantes,” about a young man who dreams of playing on an elite soccer team. Other world premieres in the section include Jan Těšitel’s “David,” Sonia Boileau Bonspille’s “Le dep,” Hugo Bousquet’s “Beyond Here,” Jun Robles Lana’s “Shadow Behind the Moon” and Yasutomo Chikuma’s “The Ark in the Mirage,” along with the European premiere of Sean Baker’s “Tangerine.”

This year’s festival will begin on July 3 and run through July 11. To celebrate the 50th edition of an event that began in 1946 but endured rocky times until it was rescued by its current ownership group in the early 1990s, the festival will throw a lavish opening-night street party open to the public.