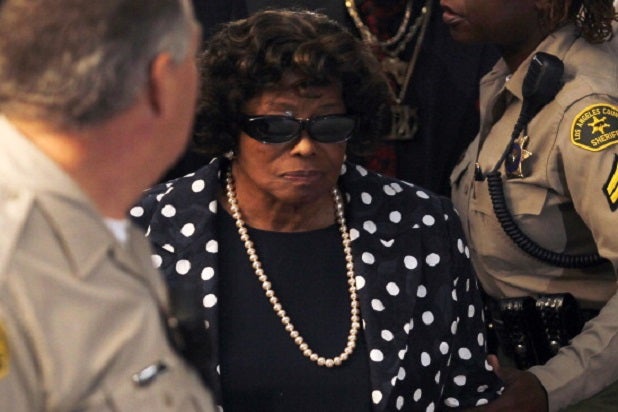 Katherine Jackson, the mother of deceased pop superstar Michael Jackson, has obtained a temporary restraining order against her nephew, who she says has been abusive to her, according to court documents obtained by TheWrap.

The request for the restraining order says that Jackson’s daughter and other family members have witnessed “ongoing abuse” by Trent Lamar Jackson, and that “years of mental/emotional abuse have left Mrs. Jackson in a constant state of fear and confusion.”

The request also claims that the younger Jackson has accessed her bank accounts and credit cards without authorization. The court papers also claim that he’s made himself a core custodian of Katherine Jackson “to control her every move.”

“Trent’s abuse has been deliberate and calculated for years to manipulate Mrs. Jackson so that he could assume control of her finances, stay rent-free in her guest house, and estrange her from her children,” the papers read.

The papers claim that Jackson, 86, is fearful of how her nephew will react since she’s terminated his employment as her driver.

The younger Jackson has been ordered to stay 100 yards away from his aunt, and has been told not to enter the gated community where she lives.

He’s also been instructed to return all keys, passwords and combinations to her property, and to not use her credit cards or bank accounts.

A hearing on the matter has been set for March 1.