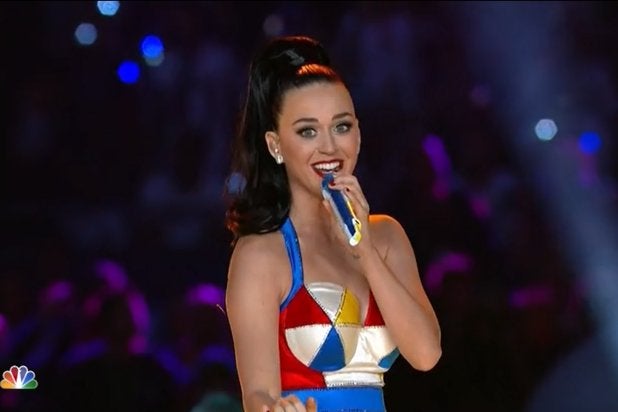 Katy Perry has one more reason to “Roar.”

The “Teenage Dream” singer landed at the top of Forbes’ 2015 list of highest-paid musicians, besting formidable competition such as One Direction and Taylor Swift.

According to Forbes, Perry raked in $135 million over the past 12 months, taking in more than $2 million per city on her Prismatic World Tour this year.

Taking second place was boy band One Direction, who collectively raked in $130 million over the past year.

Garth Brooks, who came out of semi-retirement this year to undertake a lucrative concert tour, placed third on the list with $90 million.

Classic rockers The Eagles took fifth place on the list, pulling in $73.5 million thanks largely to their History of the Eagles tour.

Also Read: How Taylor Swift Won Summer of 2015 -- Whether You Like It or Not

DJ Calvin Harris took sixth place with a $66 million haul for the year. (Forget medical school, kids; learn to spin records if you really want to earn the big bucks.)