Opening well in Italy and four other medium-sized markets, Disney/Pixar’s "Up" was again No. 1 at the international box office for the weekend, floating to $27.9 million on 4,500 screens in 24 territories.

The animated adventure also had a solid second weekend in the United Kingdom, where it finished first again with $9 million from 708 screens for a total of $23 million. 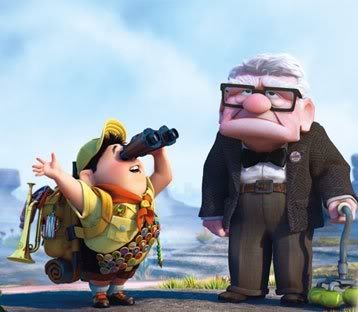 After nearly five months of international release, "Up" has grossed $295.8 million, with a worldwide total of $588.5 million. Disney expects "Up" to overtake "Wall-E’s" overseas total by the end of the week.

With a strong bow in Spain, "The Ugly Truth" finished No. 3 overall for Sony, with $8.8 million from 2,305 screens in 63 territories for a foreign cume of $94.1 million. The romantic comedy, starring Katherine Heigl and Gerard Butler, debuted in the top spot in Hong Kong.

Filling the fourth and fifth slots were a pair of Universal releases. The studio said it passed the $1 billion mark at the overseas box office on Saturday, with a year-to-date tally for 2009 of $1.005 billion.

No. 5 was the Weinstein Co.’s "Inglourious Basterds," a Universal release overseas, taking $6.4 million from 2,800 sites in 52 territories to push its international cume to $166 million and worldwide gross to $285 million.