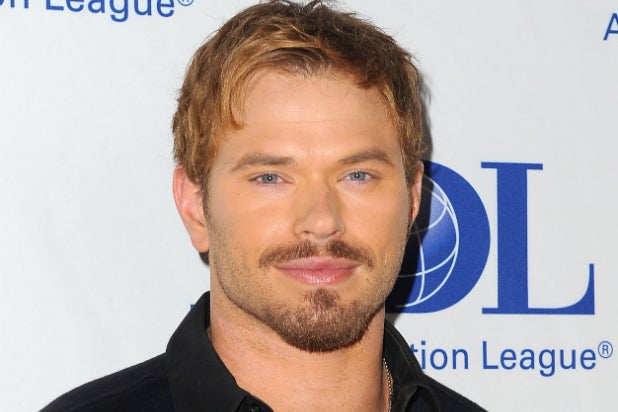 Kellan Lutz (“Twilight”) is set to star in director Steven C. Miller’s action-thriller “The Feud” for Summerstorm Entertainment and Vandal Entertainment, it was announced Tuesday.

Lutz and Miller recently worked together on “Extraction,” which stars Bruce Willis and Gina Carano.

Vandal Entertainment founder Navid McIlhargey is producing “The Feud” alongside Film House Germany’s and Summerstorm Entertainment CEO Gabriela Bacher. Production is scheduled to start this summer and Highland Film Group will introduce the project to foreign buyers at Cannes.

Based on a script by David Matalon and Matthew Altman, “The Feud” is a contained action-thriller that follows a mysterious young man, Toland (Lutz), who returns to his rural home town in the Midwest for his brother’s funeral. Going head-to-head with the local crime lord who traps him and his friends in an abandoned farming complex, Toland skews the odds in his favor by using his wits and spectacular skills, allowing him to unlock a greater mystery as they battle for their lives.

“Kellan and Steven quickly established a strong rapport on the set of ‘Extraction.’ They are sure to take ‘The Feud,’ a clever action film about redemption, to a new level,” producers McIlhargey and Bacher said in a joint statement.

Lutz, who recently starred in “The Expendables 3,” will soon be seen hosting Fox’s competition series “Bullseye. He’s represented by WME and Zero Gravity Management, while Miller (“The Aggression Scale”) is repped by UTA and Aperture Entertainment.