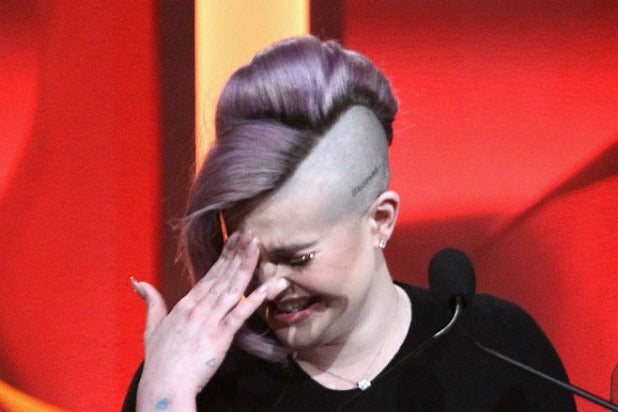 Kelly Osbourne wants to share a few words about her vagina. Actually, more than a few: There’s a whole chapter about it in her new book.

In the memoir “There’s No F*cking Secret: Letters From a Badass Bitch,” Osbourne writes all about the adventures of her private area, although she insists her motives are educational. “You have to read it,” she told TheWrap on Tuesday.

“I’m a woman,” Osbourne said, explaining her decision to include the vajayjay chapter.

“The book isn’t just a memoir,” she added. “They’re letters to the people, places, situations, circumstances, things I’ve been through, to make me who I am, so people stop asking me what my secret is, and hopefully with me going through what I went through in my life and sharing what I’ve learned can help other people. It’s ok to be different.”

Osbourne, a TV personality (formerly of E!’s “Fashion Police”) and the daughter of rocker Ozzy Osbourne and talk host Sharon, has indeed followed her own career path, although sometimes it’s been a rocky one. Last year she was engulfed in scandal after she made an insensitive remark about Latinos “cleaning your toilet” during a debate over Donald Trump’s immigration remarks on “The View.”

Needless to say, the book has a chapter on that incident too.

“That was a very important chapter for me,” Osbourne said. “I think it’s one of the best things I’ve ever written in my life, because it’s so honest and it’s my opinion and it needed to be addressed. It’s one of the most awful things that ever happened to me in my life. But because I fell back on sarcasm and got cut off, I managed to offend an entire culture and that is the last thing I was ever trying to do.

“But I learned a lot from it,” she added. “It did spark conversation and get people to understand what’s really going on” in the battle over immigration.

Asked if the uproar surprised her, she replied: “No, because if I’d seen it and I wasn’t me, I would have hated me too.”

Osbourne said that although writing the book was difficult (she’s dyslexic and had a co-writer), she’s glad for the experience.

“As hard as it was, it was also enlightening, because it made me realize how much I love and respect my family and how lucky I am to have the life I have,” she said. “It made me realize I’m stronger than I thought I was.”