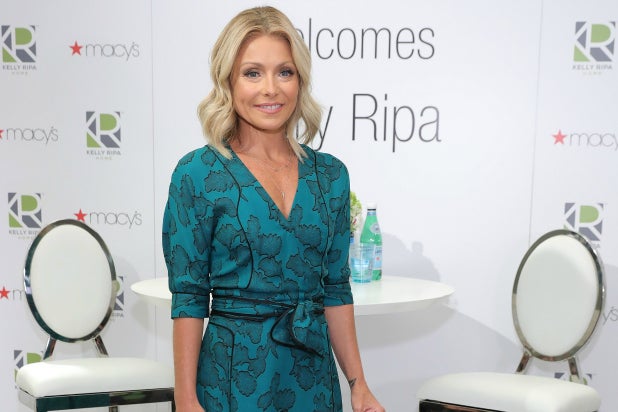 “Live With Kelly” has unveiled its guest co-hosts for the third week of October. The group includes one weatherman, two actors, a singer, and possibly, you. Talk about diversity.

Singer Ciara assumes the position on Wednesday, Oct. 19. Twenty four hours later, “Bloodline’s” John Leguizamo returns to the program to pal around. He last guest co-hosted on June 20, which was good timing to promote the excellent Netflix drama.

Finally, on Friday, the winner of the “Live With Kelly and You” Co-Host Search will try out the gig. That booking probably won’t take on a permanent basis.

Click here to find some more likely replacements for the ex-NFL great. TheWrap has ranked them by their guest-co-hosting TV ratings. Strahan bailed on Ripa this spring for the greener pastures of ABC’s “Good Morning America.”

“Live with Kelly” is distributed in national syndication by Disney-ABC Home Entertainment and TV Distribution. The show is produced by WABC-TV in New York and executive produced by Michael Gelman and Ripa.